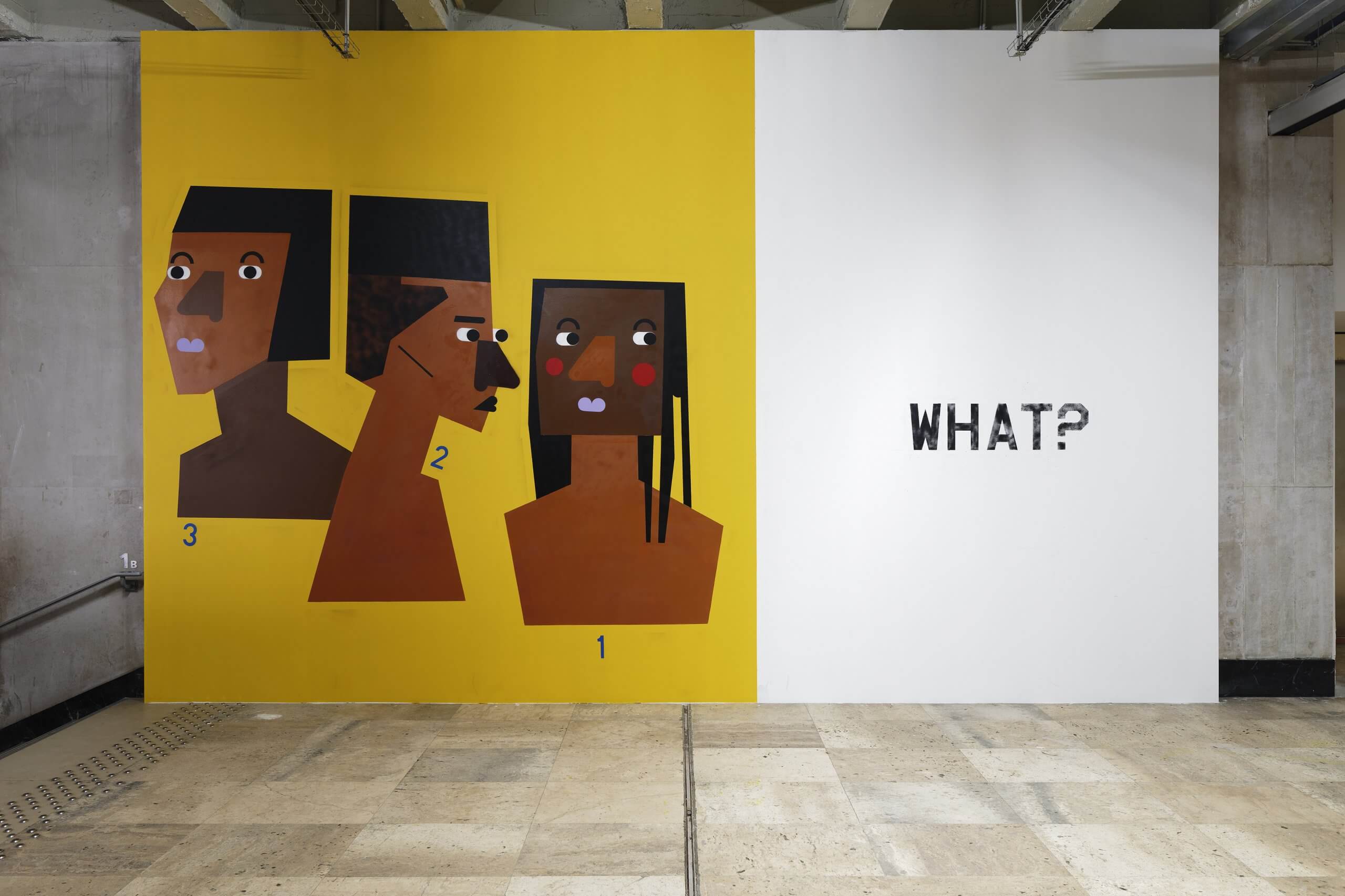 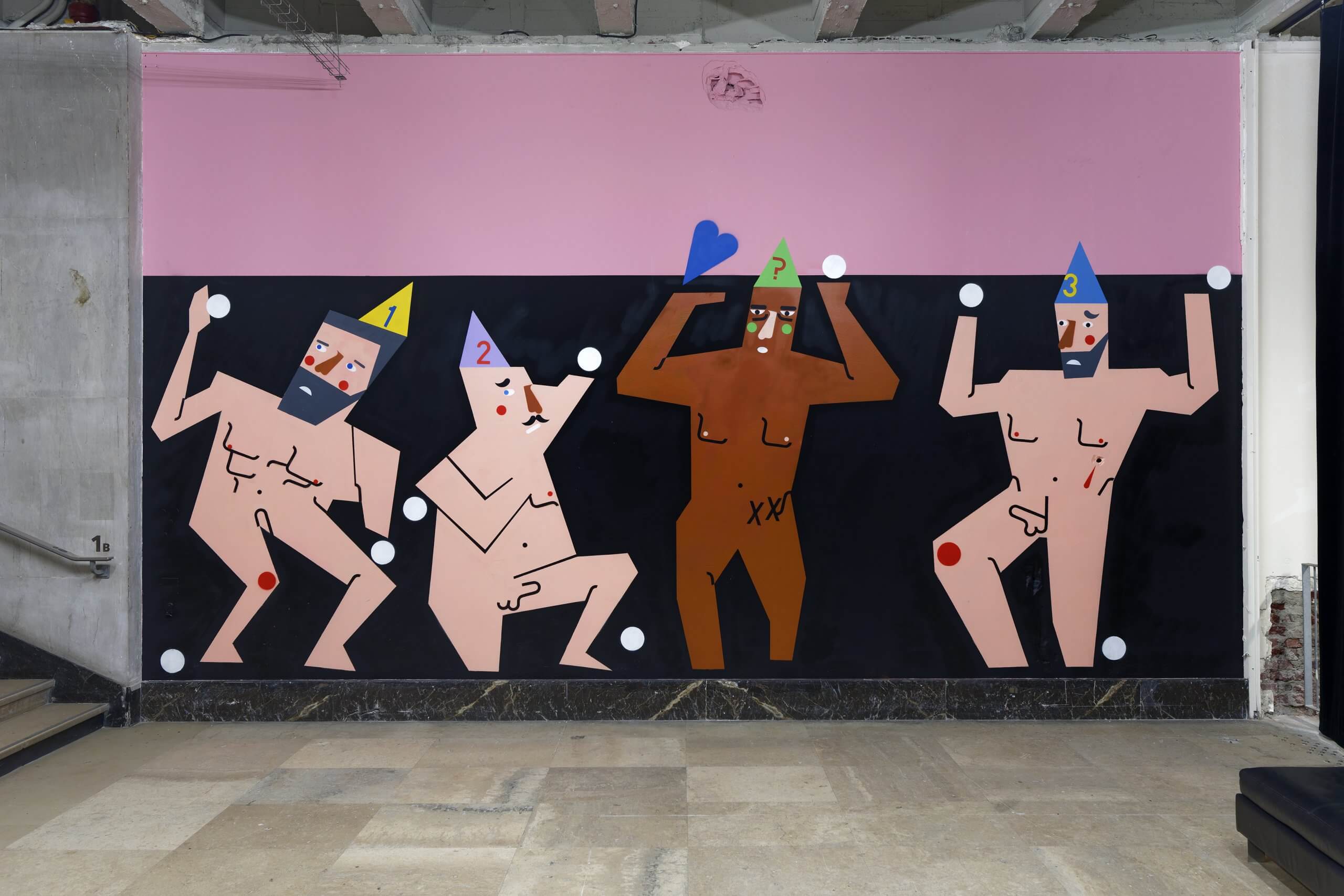 Nina Chanel Abney - Hot to Trot. Not.
Nina Chanel Abney sometimes moves her pictorial practice from her studio to public spaces by painting immense murals on city walls. For her first commission by a French institution, Abney will take over a series of walls integral to the architecture of Palais de Tokyo and transform them into in situ frescoes.
Between abstraction and figuration, bright colours and greyscale, bold lines and airy forms, Nina Chanel Abney’s paintings capture the energy and the tensions that underpin our era of undifferentiated streams of true and false information, abuses of power and questions of gender and identity.
Painting for an open source age, Abney draws on multiple references which she samples and remixes in order to create a new language inflected by elements of popular culture, from satirical cartoons to graffiti and hip hop, as well as politics, entertainment and the history of art. These signs, languages and events are assembled into opaque narratives that are often punctuated by words and sounds from the contemporary world, from political slogans to slang. Her compact compositions are often created with the help of stencils: like emoticons, these simplify forms even as they usher in complex, ‘2.0’ emotions.
Curator : Hugo Vitrani
Open every day except Tuesdays, from noon until midnight
#NinaChanelAbney

“Artists have a right to do whatever they want. It’s like a creative license to do whatever, so why not use it, and push the boundaries – that’s what art should do. Make people uncomfortable and all of these things. But in a good way – a good uncomfortable. (…) My goal for every painting, no matter what subject, is to keep it neutral enough where all perspectives could be brought in and represented. That’s why I started creating the figures in a way where you might not tell if it’s a man or a woman, or you couldn’t really place one label on a figure, and the painting wouldn’t give you a definite story.” Nina Chanel Abney