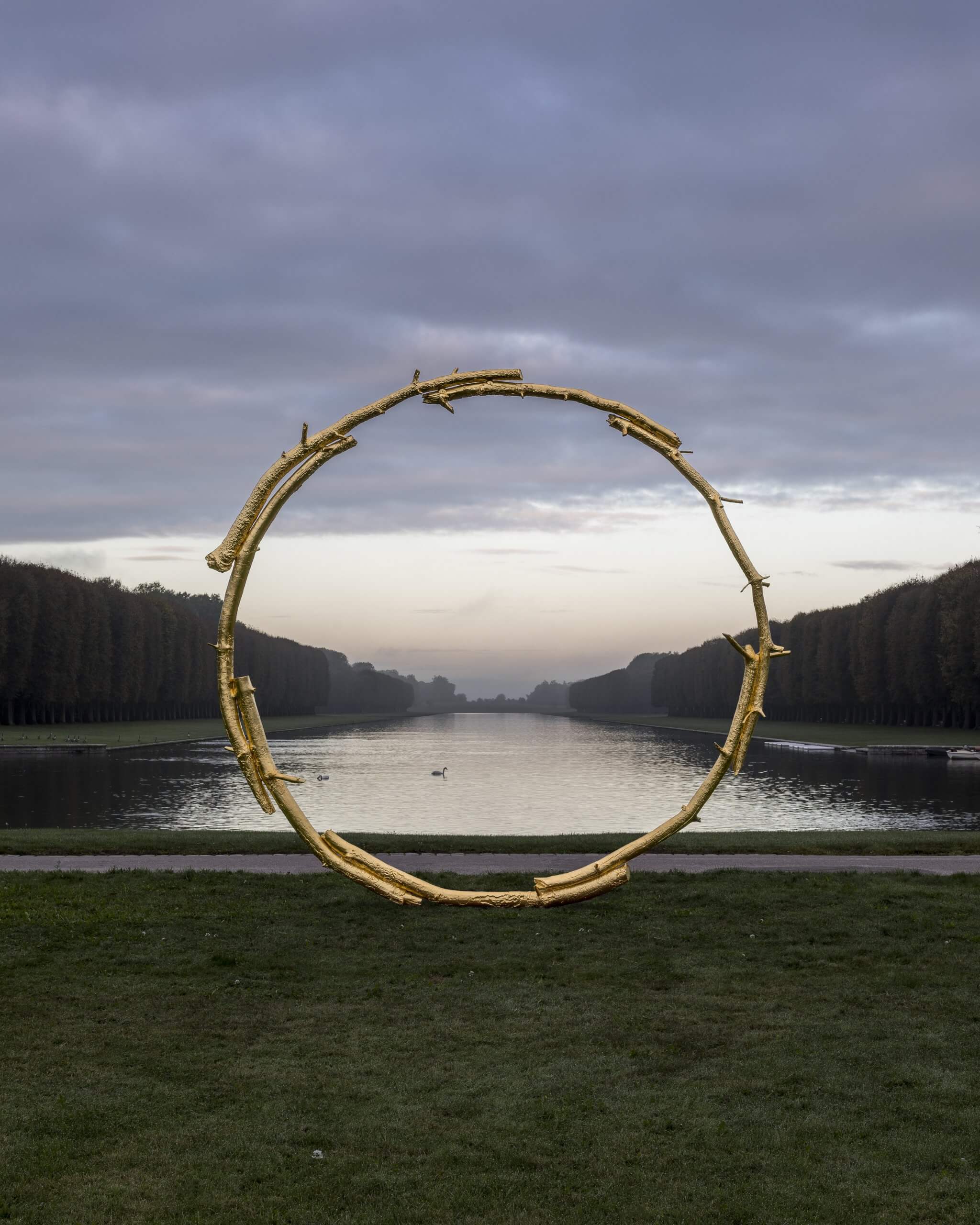 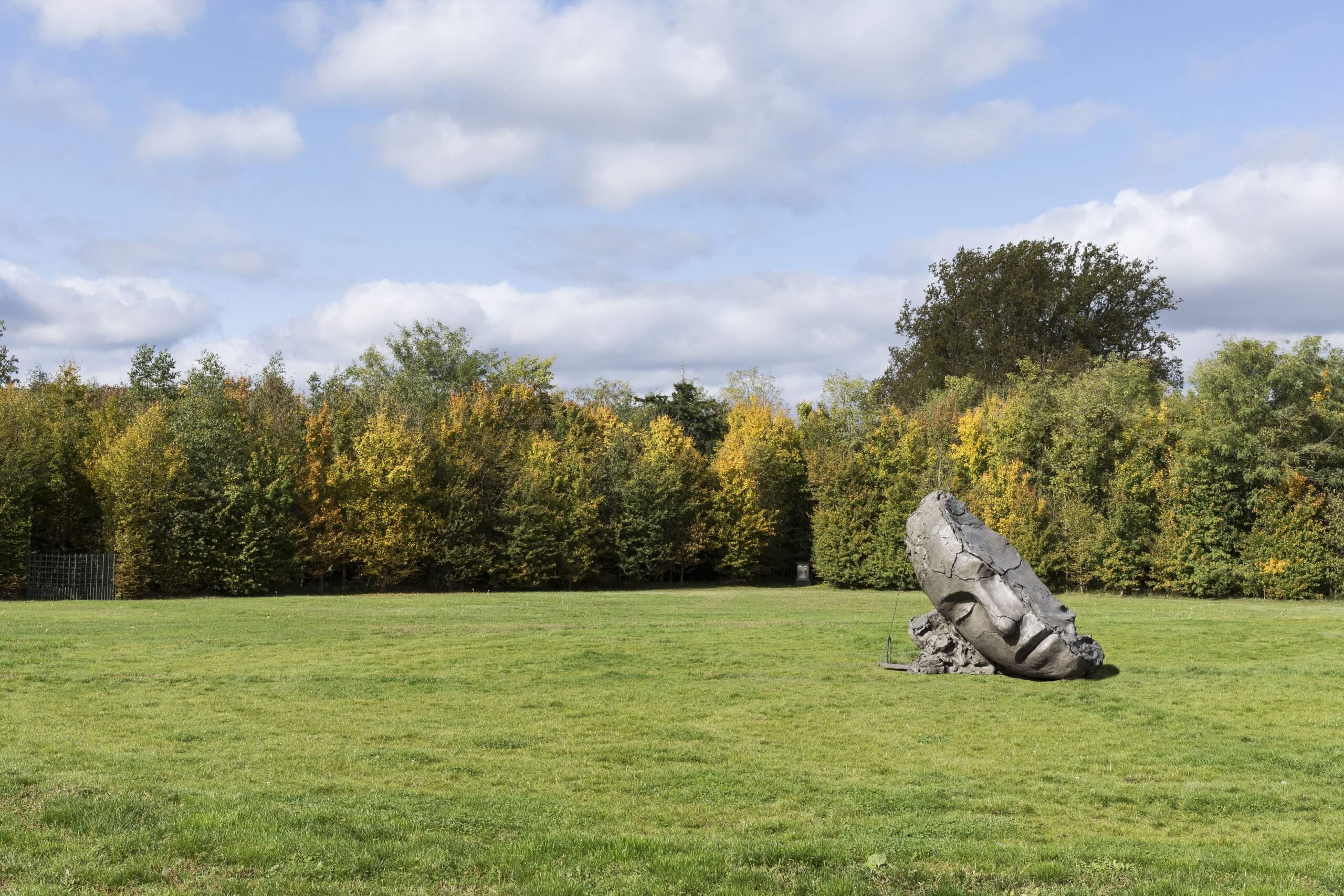 On the occasion of its 10t h exhibition of contemporary art, the Château de Versailles presents a discovery trail through the groves: Voyage d’hiver, curated by the Palais de Tokyo. As October winds down and the season of fountain shows draws to a close, this trail casts new light—from autumn glory to winter starkness—on the groves of Versailles, reinterpreted through the myriad perspectives of today’s artists. The Palais de Tokyo was invited to create Voyage d’hiver in collaboration with Alfred Pacquement, Curator of Contemporary Art at the Château de Versailles.
Voyage d’hiver is a poetic promenade through the gardens of Versailles that sets out when October has already begun rusting the foliage in new hues.
In what is one of the largest open-air sculpture museums in the world, 17 contemporary artists are adding their own works to those originally commissioned by Louis XIV. These artists, dialoguing with the curators, have designed a dramaturgy leading visitors through the groves, the curious open-air salons of greenery in the gardens of Versailles. Visitors move from one grove to the next along a deliberate route of increasing emotional intensity, which plays upon the historic or mythological significance of each individual space. Sculpture, sound installation, painting, drapery, reflection, oxidization, and glaciations are just a few of the techniques employed: metamorphosing a stroll into a personal experience, allowing visitors to perceive nature’s transformation from the glory of autumn to the starkness of winter. A clear reference to Schubert’s poignant meditation, the exhibition’s title emphasizes this crossover of time both on a cosmic scale and on a human scale.
Artists: David Altmejd, Jean-Marie Appriou, Oliver Beer, Hicham Berrada, John Giorno, Sheila Hicks, Marguerite Humeau, Cameron Jamie, Mark Manders, Céline Minard, Anita Molinero, Rick Owens, Dominique Petitgand, Ugo Rondinone, Tomás Saraceno, Louise Sartor, Stéphane Thidet

Four historic fountains, each representing a different season and placed at the four crossroads of the principal axes of the groves, legitimize the important theme of a changing world—and hence a changing humankind—according to the theory of universal consonance that underlies all symbolism at Versailles. This grand cycle is represented in the exhibition by the solar wheel that Ugo Rondinone has inserted like a hyphen between the two groups of groves, in front of the Mirror Pool of the Grand Canal. As if pulled by Apollo’s chariot, this bronze sculpture, comprised of interwoven branches, evokes both the solar corona and its effect on nature—thus incarnating the theme of manifestation. It links the two extremities: from the beginning in the northern side, where Marguerite Humeau’s sphinx dedicated to the riddle of Destiny is set in the cul-de-sac of the Triumphal Arch Grove; to its conclusion in the southern side, a mise-enscène created by Stéphane Thidet in the Ballroom Grove: the party’s over and our desires are frozen.

Between these two polar opposites lie the works of artists firmly established or up-and-coming; artists from different countries, genres, and generations, all of whom have had a connection at one time or another to a fragment of the history of the Palais de Tokyo. Here, they compose what might be considered a novel—such as the one Céline Minard wrote for this very occasion—or could it be better likened to a German Lied (a poem set to music), or even blues music, to be more precise?