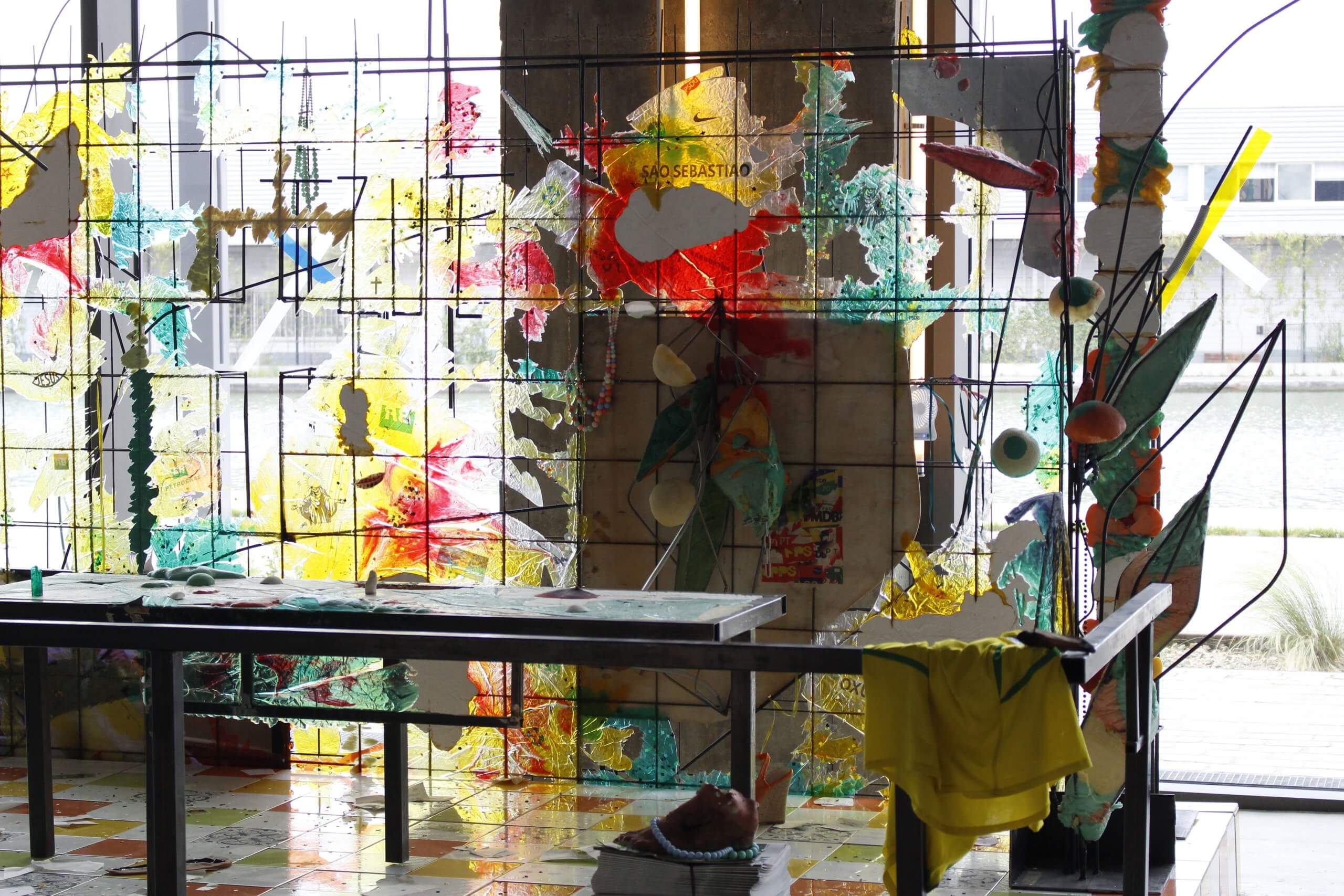 I have on the top of my tongue your name almost forgot
Romain Vicari produces a series of hybrid works, mixing on-site sculptures, sounds, smells and rap clips, all of these elements composing a landscape in which fiction toys with reality, and where the sacred encounters the secular, and entertainment becomes a religion. While plunging the public into an environment between an urban and natural jungle, the show works like a flashlight, or the exploration of a mirage bringing in all of our senses.
Sculptures made of resin, expanding foam, metal, sand and tiling stand up against the concrete, brutalist architecture of the exhibition space. A flat-screen television broadcasts a video made in the workspaces of the Rues d’Aubervilliers and in the darkness of the rooms in Palais de Tokyo, in a film weaving connections between hip-hop, an alternative culture which is now mainstream, religion and the bodily gestures sculpted by the use of social networks. A sound runs through the exhibition, the voice of a futurist priest, accompanied by the diffusion of a fragrance made up of cannabis and leather. Vicari waltzes on the borderlines between the precarious and appearances, while bringing together public spaces (streets, worksites, advertising, weeds, a bench where you sit down…) and intimate spaces (the living-room, bedroom, sofa, cut flowers, the television…). All being places that have been colonised by the techniques of mass entertainment and which are at the heart of Romain Vicari’s work.

“Rap language is a tool for musical communication. Like a discourse, it can take a political and even sacred form. A rapper is a guru preaching words, underlining and imagining situations that work as rituals linked to everyday life. As with a priest, a rapper comes onto the stage with a posture posed between Man and God. He addresses the public and tells a story just like politicians do.”