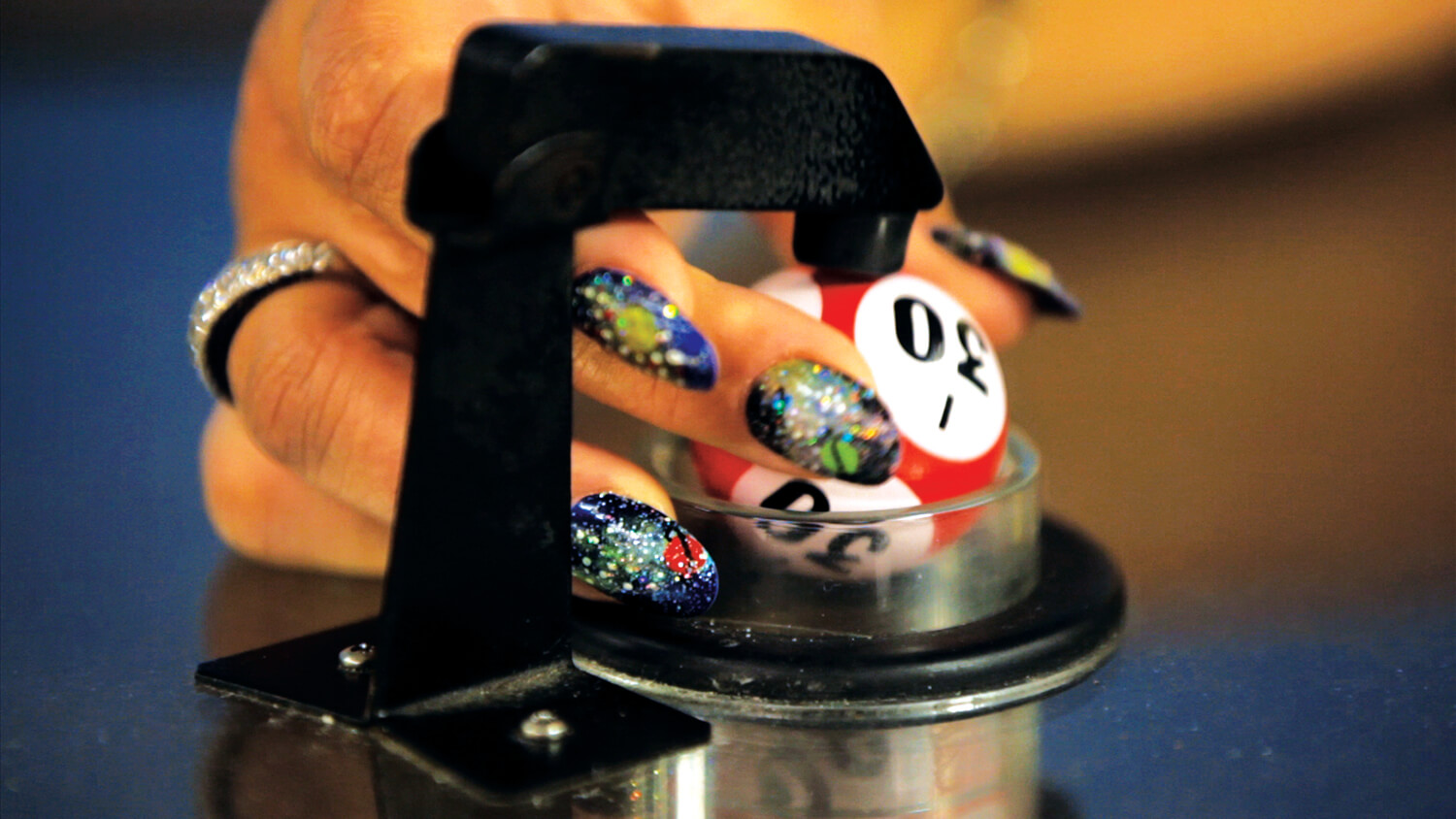 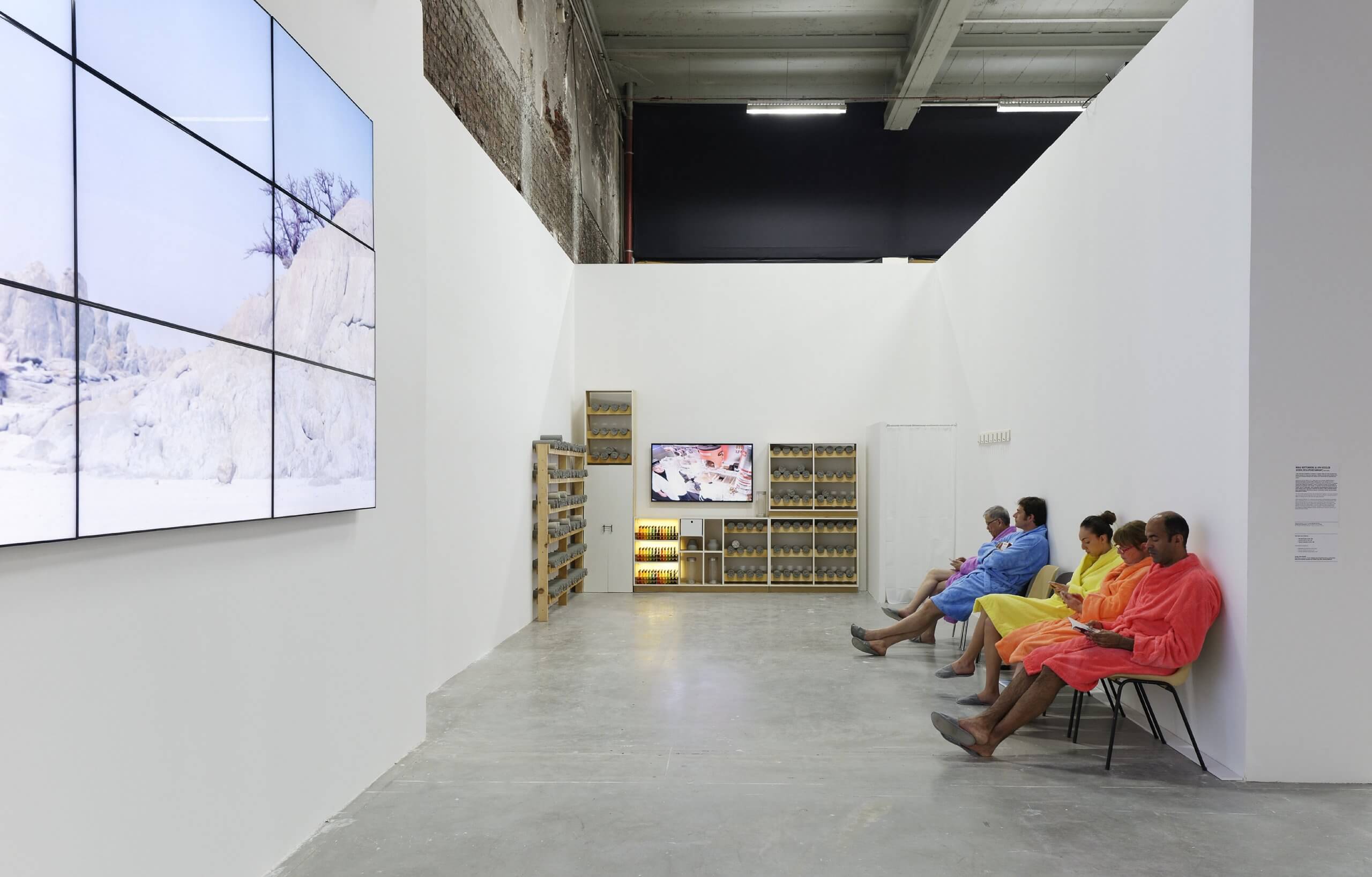 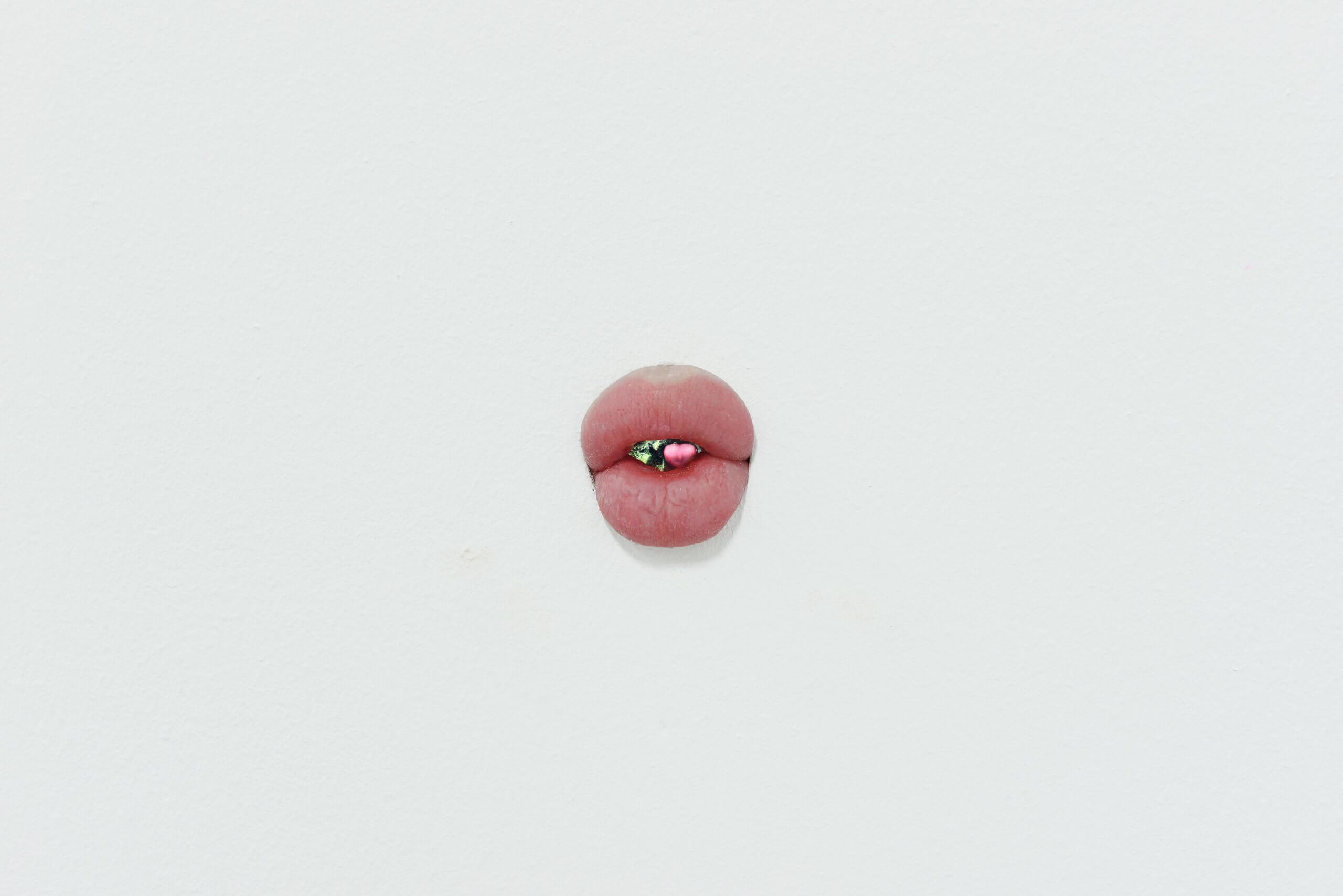 For her second solo show in France, nearly ten years after an initial exhibition at La maison rouge (Paris) in 2008, Mika Rottenberg (born in 1976, in Buenos Aires) has chosen to revisit several of the video installations that consolidated her international reputation. The show will feature NoNoseKnows (2015) – lauded at the 56th Venice Biennale – Bowls Balls Souls Holes, (2014), SEVEN (2011) and Squeeze (2010), while presenting a selection of recent and new works specially produced for the exhibition.
For her work, Mika Rottenberg regularly reaches out to women whose physical particularities have been vaunted or made available on the Internet. Their bodies, which lie outside current norms and canons, inspire her films’ scenarios, in which they seem to be entirely focused on a variety of actions, carried out during chain-production processes. The materials under transformation often lead to the making of apparently absurd and unusable objects

With their captivating tales, in which reality seems to be warped into fiction, and whose fantasy and humour are rivalled only by their strangeness, her videos are screened in installations which act as showcases, while extending their universes. At Palais de Tokyo, the journey is also being enriched by several sculptures displaying anatomical details or playing back certain ordinary elements of everyday life – such as the twitching of a ponytail or the sound made by a water drop falling on a red-hot plaque.s.

A monographic book published by Palais de Tokyo is accompanying this show.