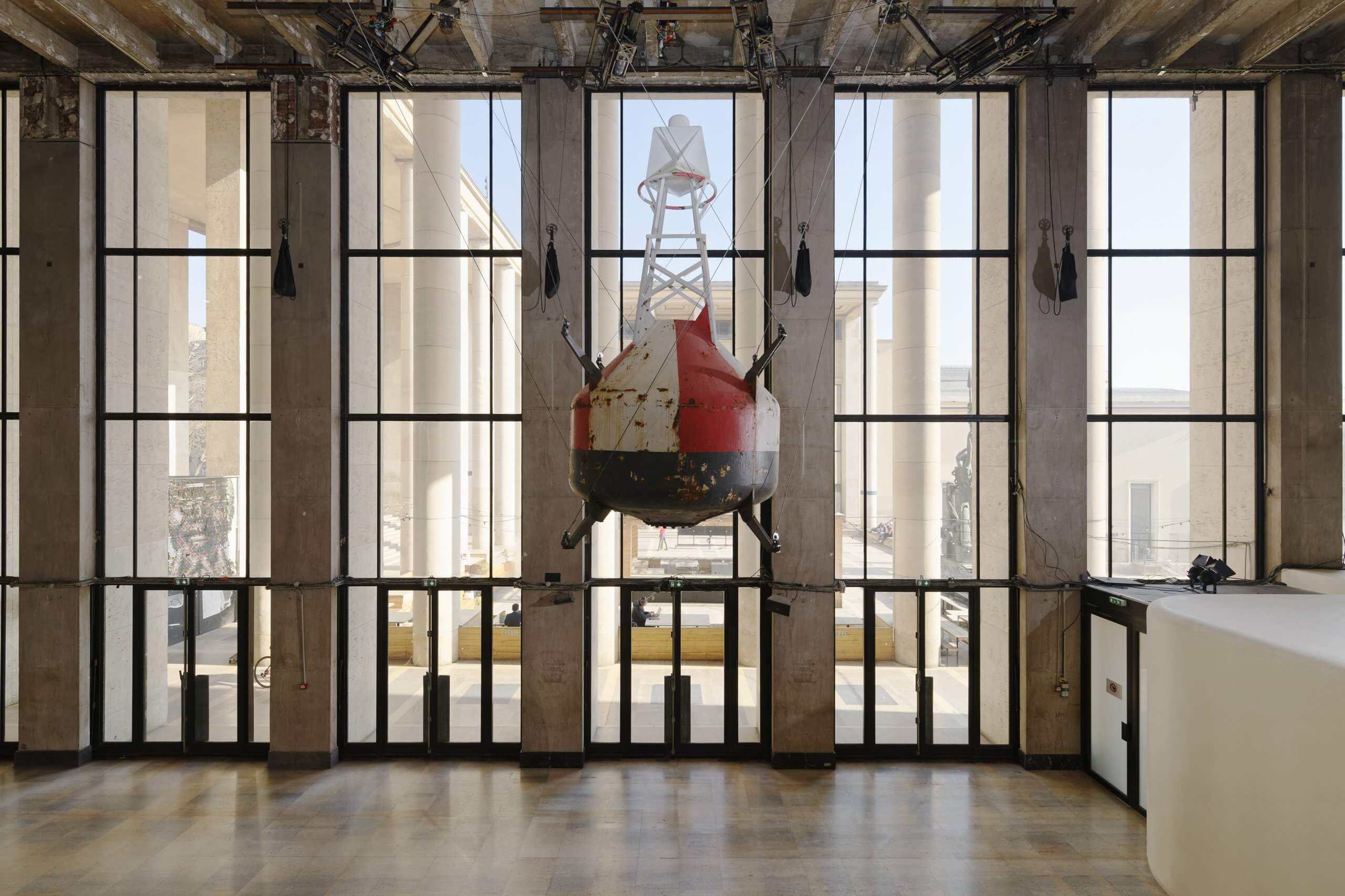 Inspired by the figure of Tethys – a sea goddess in Greek mythology, the daughter of the sky (Ouranos) and of the earth (Gaia) – Julius von Bismarck has conceived the original project “Die Mimik der Tethys” (the expressions of Tethys), for which he has moved the oceans. That is at least the sensation produced by the presence of a buoy hung over the Palais de Tokyo’s Palier d’honneur, corroded by sea salt and covered by dry seaweed. In perpetual motion, the buoy reproduces the movements of its original setting, off the Atlantic coast. It is in this way that the visitors find themselves metaphorically under the ocean, and can directly perceive the sway of its waves, which can be either gentle, or wild.

The artist works on the human perception of natural phenomena, either by using highly technical approaches, or by simple site specific gestures. As he puts it: “it’s about the perfect image we have of nature. In reality, it doesn’t look like we imagine it does in a Caspar David Friedrich pastoral painting.” The astonishing sensation created by his moving buoy does indeed depict a misappropriated or modified vision of nature, transforming the building into a submarine world, paced by a giant pendulum that obeys only itself.

“Die Mimik der Tethys” works like a barometer of nature’s moods. As a random alternation of moments of calm and violence, this hypnotic installation plunges the visitors into the heart of an immersive relationship with nature. Far from being idealised, it takes over the Palais de Tokyo and is unveiled in an extremely unstable way, a tireless heaving that reminds us of the tender osmosis that links us, just like our vain desire to control our environment, with the risk of utterly destroying it.

“There are many ways of creating reality. There is always a gap between theoretical reality and subjective reality. I want to create situations in which you have a chance to reconstruct your perception.”