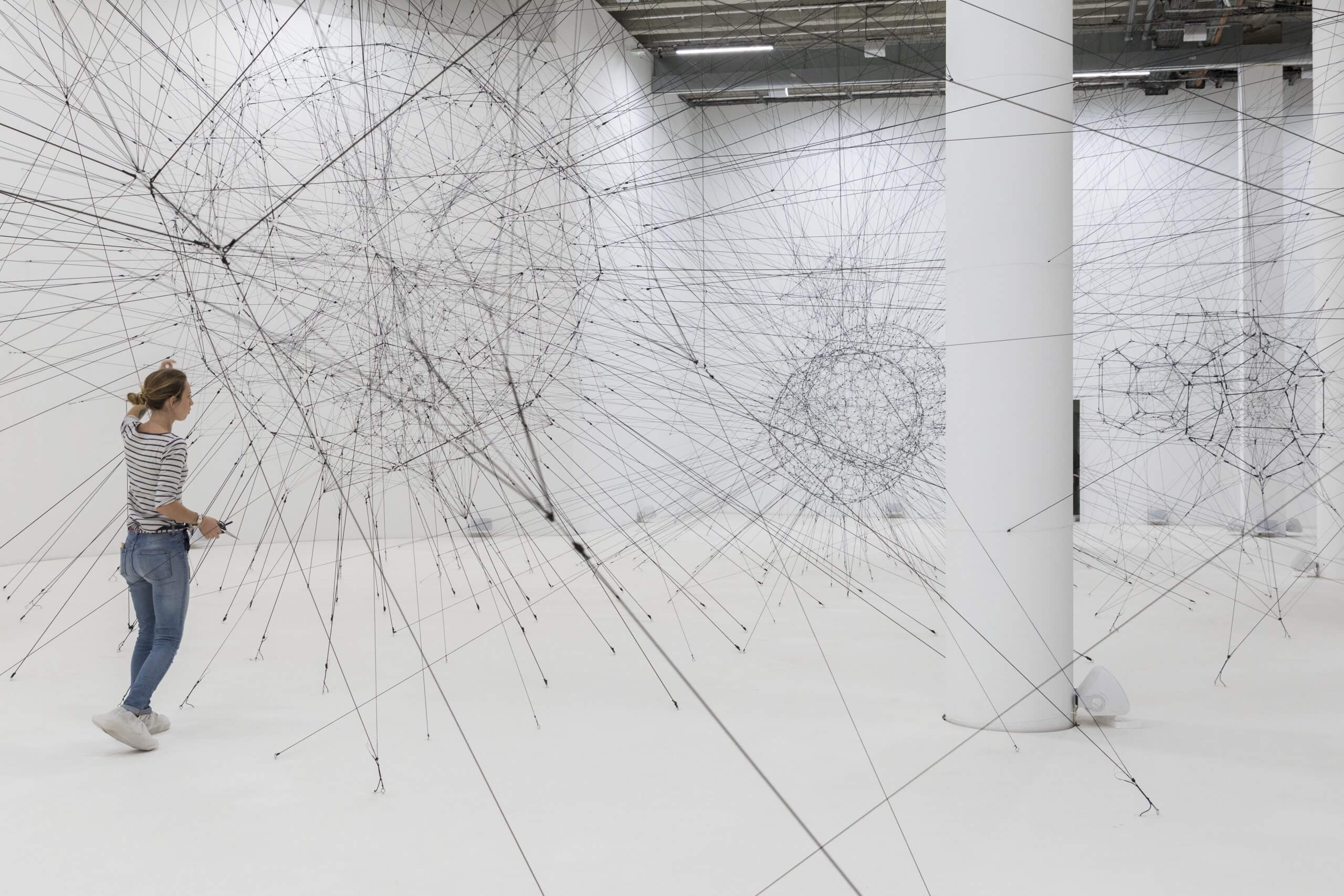 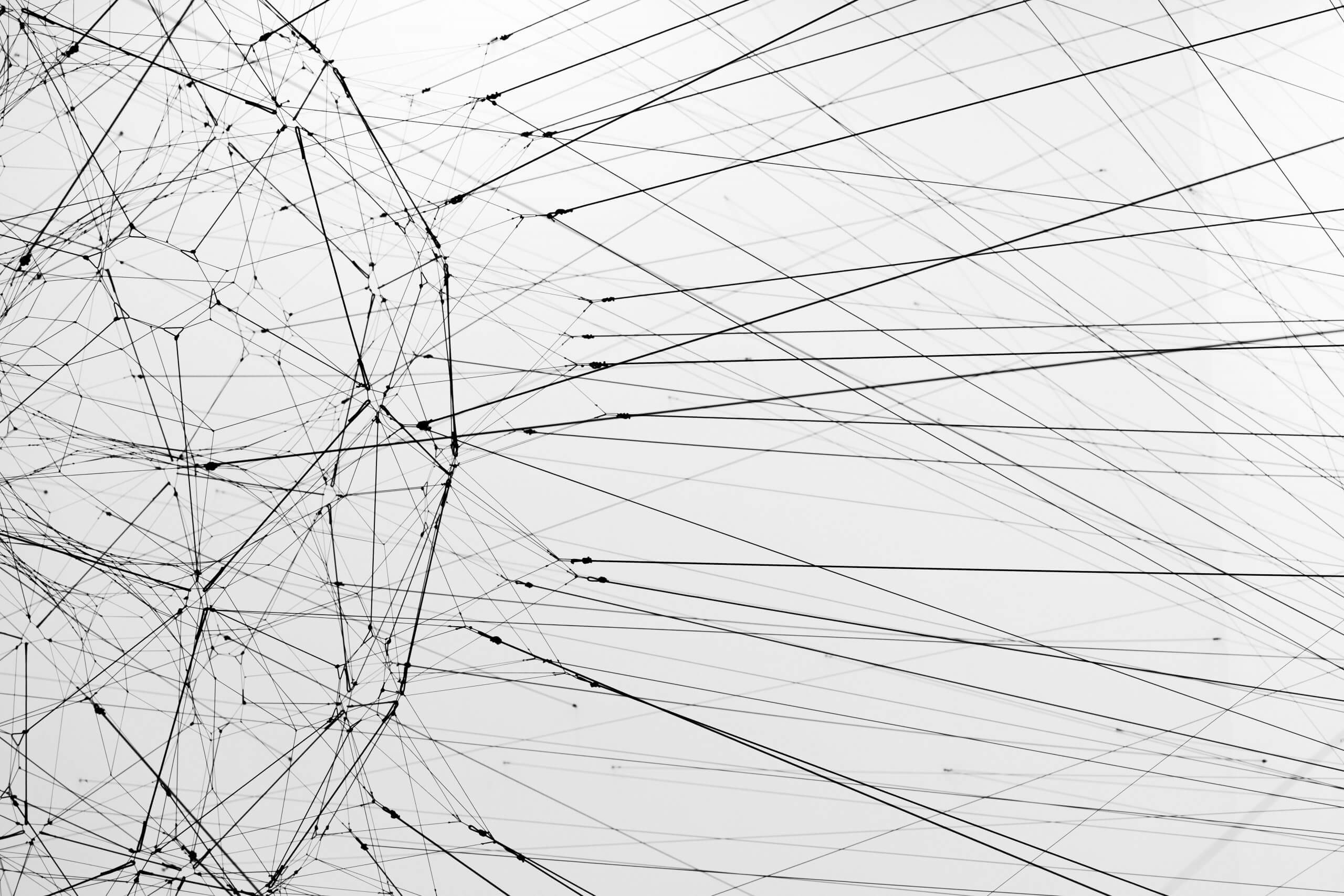 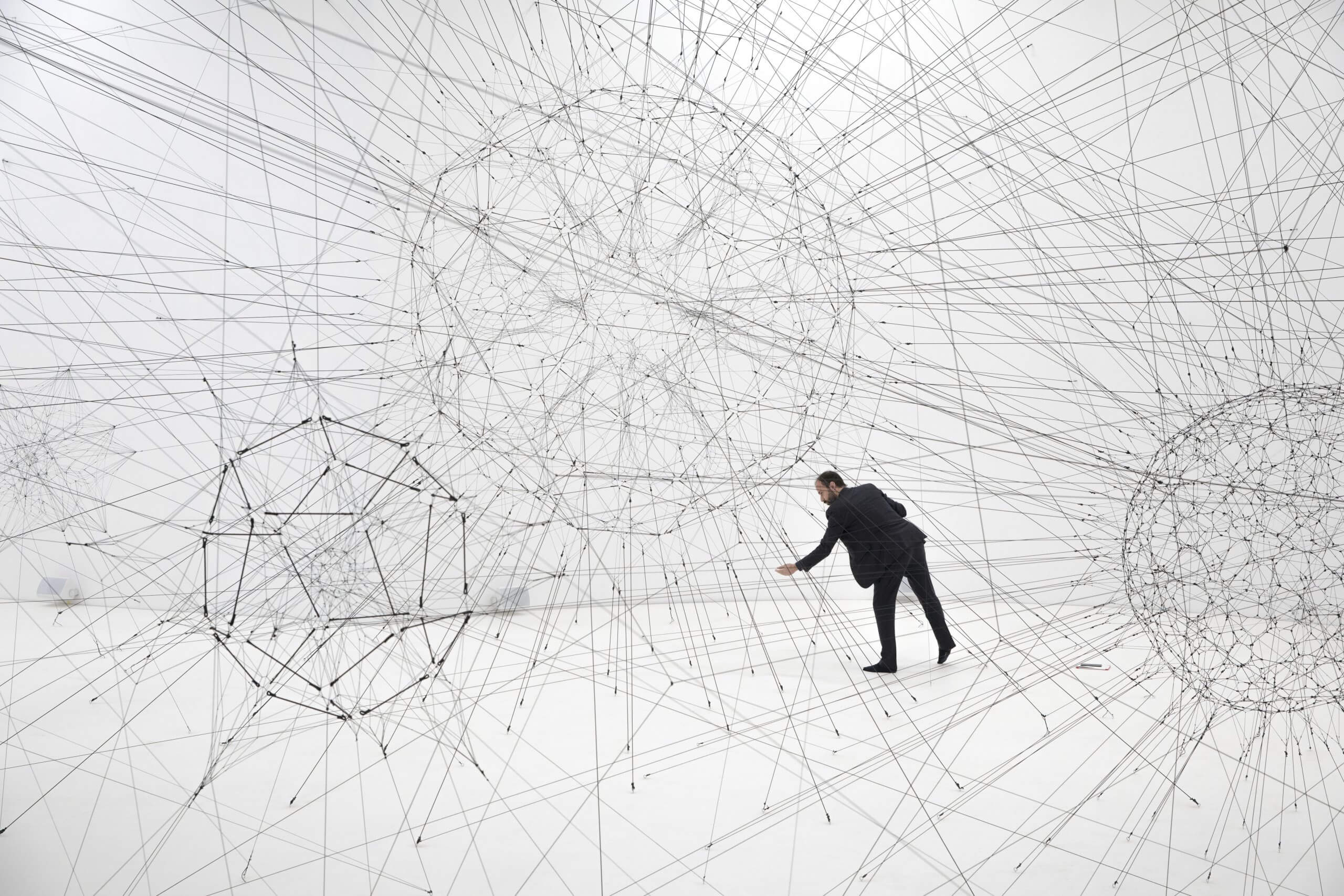 The exhibition ON AIR is an ecosystem in becoming, hosting emergent choreographies and polyphonies across human and non-human universes, where artworks reveal the common, fragile and ephemeral rhythms and trajectories between these worlds. As a hybrid ecosystem, ON AIR is made of a myriad presences, both animate and inanimate, that meet and cohabit within it. Some voices become quiet, whilst others, perhaps those less often heard by human ears, are magnified. The exhibition functions as an ensemble for silent voices, performing the hidden scores that link events and sensibilities, earthly and cosmic phenomena – weaving a web of relations that cannot be described but maybe can be felt.

ON AIR proposes a space and time that makes manifest the forces and entities that float in the air, and their interactions with us: from CO2 to cosmic dust, from radio infrastructures to reimagined corridors of mobility. Thus, the invisible histories that compose the ecologies we are part of invite us to poetically rethink different ways of inhabiting the world – and of being human.

While extractivist activities that mine the Earth for resources continue to threaten entire ecologies, ON AIR celebrates new ways of thinking about our relation with the planet, through new modes of knowledge production. This is to open itself up to the debate and global challenges posed by the Anthropocene, a word proposed to define the current epoch we live in on Planet Earth, in which some human activities leave an impact so important that they profoundly modify terrestrial ecologies. It is especially through the activities of Aerocene, an interdisciplinary artistic project initiated by Tomás Saraceno that seeks to reactivate a common imaginary to collaborate ethically with the atmosphere and the environment, that visitors are invited to collectively engage in an exercise of urgent planetary attunement.

Interview Tomás Saraceno
ON AIR echoes the artist’s practice as it gathers numerous collaborators and collaborations, bringing together scientific institutions, research groups, activists, local communities, visitors, musicians, philosophers, non-human, and celestial phenomena, all of whom equally take part in the evolution of the exhibition. A series of workshops, concerts, public symposiums become part of a continuous process of transformation of the Palais de Tokyo into an evolving “cosmic jam session”.

The “ON AIR live with…” days

The ON AIR exhibition, featuring daily a chorus of human and non-human voices, hosts events that enrich and transform it throughout its duration, especially during the three days of the “ON AIR live with…” program. During each occurence on october 26th, november 23rd and december 14th, a symposium brings together researchers, activists and artists within the exhibition spaces.

Interview of the artist Tomás Saraceno for his exhibition at Palais de Tokyo.

"ON AIR live with..." : Arachnosophy Related to Tomás Saraceno's exhibition

"ON AIR live with...": Networks Related to Tomás Saraceno's exhibition