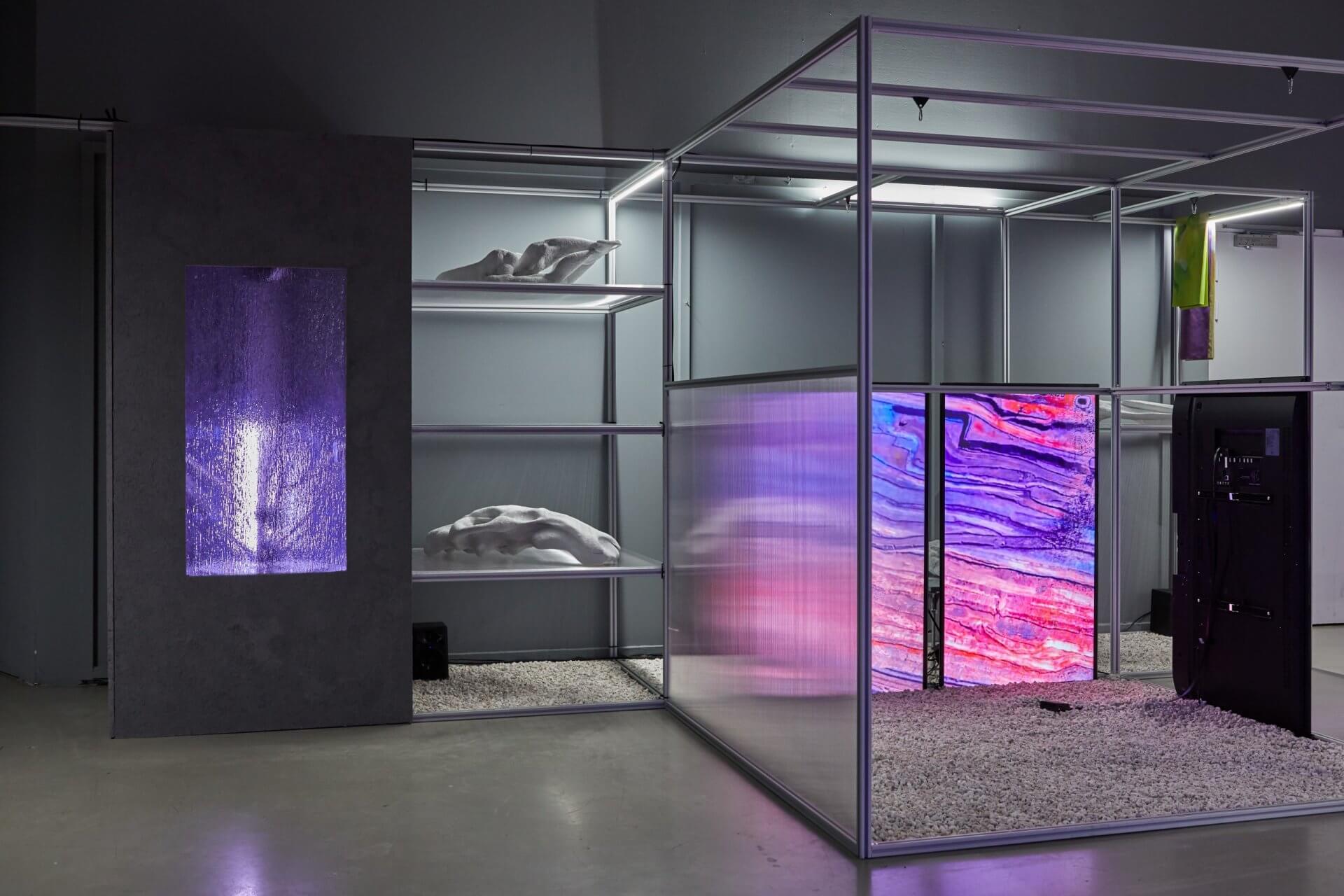 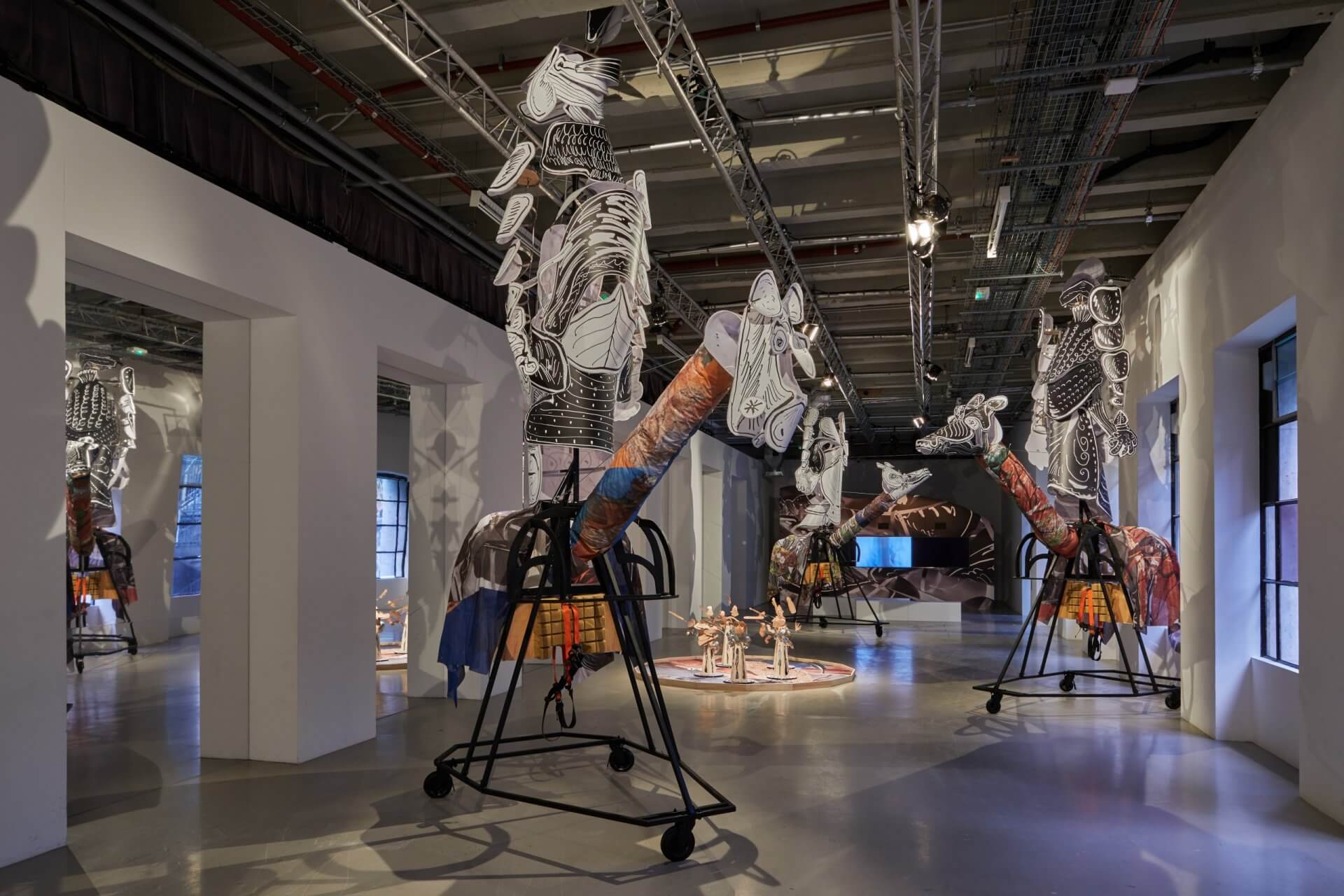 With Terre seconde (Second Earth), Grégory Chatonsky projects us into the immediate future of fantasies about an artificial intelligence nourished by “deep learning”, producing original images and objects coming from machines’ statistical calculations. Drawing on the infinite repertoire of forms available on the web, this recursive network of neurones constantly invents images that seem to come from a collective unconsciousness. The entire installation invites us to cross through different experiences and experiments which constitute the initial state of this Terre seconde, inhabited by digital chimera.

In Al Qamar, Marielle Chabal takes us into the environment of a libertarian community, which originated in the founding, in 2024, of the “City of the Moon” (Al Qamar) in the outskirts of Jericho in Palestine. The installation plunges us into the heart of this fiction, which the artist has been working on for several years, producing texts and objects which determine the contours of this new society. Shown here as a preview, the project takes form in the production of a film which attempts to undo the colonial cleavages established by the very setting-up of the Al Qamar community in a conflict zone (in this case, the Palestinian territory). The installation is a face-to-face presentation of mock-ups of the city’s buildings, costumes and other documents and accessories used for shooting the short film, produced thanks to the assistance of the Audi talents programme.

The exhibition concludes with Picrochole – Le rêve de Paul by Léonard Martin, in which the artist draws up a fantastical portrait of Paolo Uccello, the famous Italian quattrocento painter, who was obsessed by geometry and whose “Battle of San Romano” (1455) marked art history. The installation begins by unveiling three large puppets, like knights who have escaped from the master’s paintings, or poetic carcasses covered by graphic signs. At the centre of the installation, an “arena” in which knights reproduced as small-scale models, confront each other symbolically in a chaotic choreography, while the back of the installation displays a video deployed across three screens, on which these puppets have been staged undertaking a genuine filmic journey: thought out as an assembly of sonorities linked to these combatants’ bodies and the materials that protect them, the film has been written like a dream, in which the artist decided to imbricate these knightly characters into the very substance of the landscape.

With the support of Audi talents, cultural program