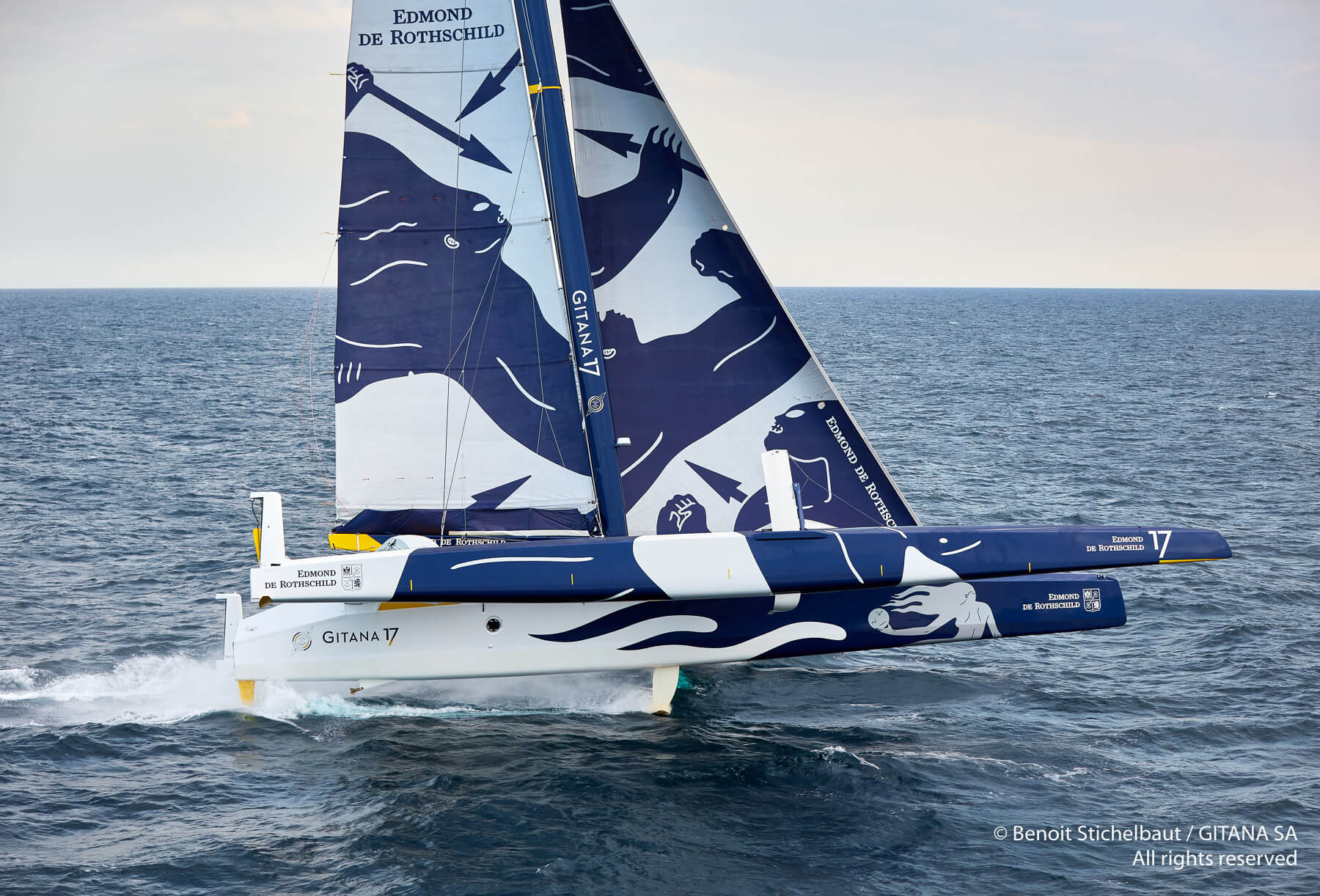 With Cleon Peterson as part of the LASCO PROJECT
Cleon Peterson’s piece, as part of the LASCO PROJECT Palais de Tokyo’s urban arts programme, appears on a maxi-trimaran of the Gitana fleet, Ariane and Benjamin de Rothschild’s ocean-racing stable.
The LASCO PROJECT, the urban arts programme which has been invading Palais de Tokyo’s basements since December 2012, is once again leaving its walls, to take to the sea for the first time. Thanks to a specific creation by the artist Cleon Peterson, it is investing the hull and sails of a new-generation, particularly innovative maxi-trimaran. This boat is part of the prestigious lineage of the Gitana, a name that evokes the passion and commitment of the Rothschild family for competition sailing for more than 140 years.

Cleon Peterson’s composition evokes the heritage of Greco-Roman antiquity, with a scene depicting a combat which will be activated by the motion of the sea and the winds, bringing together the struggle of the artist, who experienced the chaos of the street before changing horizons thanks to art, and the beauty of the skipper’s struggle as he confronts the extra-urban territory of the sea and the elements.

After being raised on the fringes of society, Cleon Peterson (born in 1973, lives in Los Angeles) transferred his studio practice to the public space in 2013, by painting huge compositions on the walls of Los Angeles and across the world. In his frescoes with their contrasting colours, disorder and impulsions run riot in confrontational scenes. In particular, the artist convokes the heritage of classical Greek vases, which he updates thanks to his past spent on the street, underground cultures and contemporary images. He is represented by the galerie du jour agnès b. (Paris).

A decoration produced by Jean-Baptiste Epron following an original work, specifically conceived for this project by Cleon Peterson.