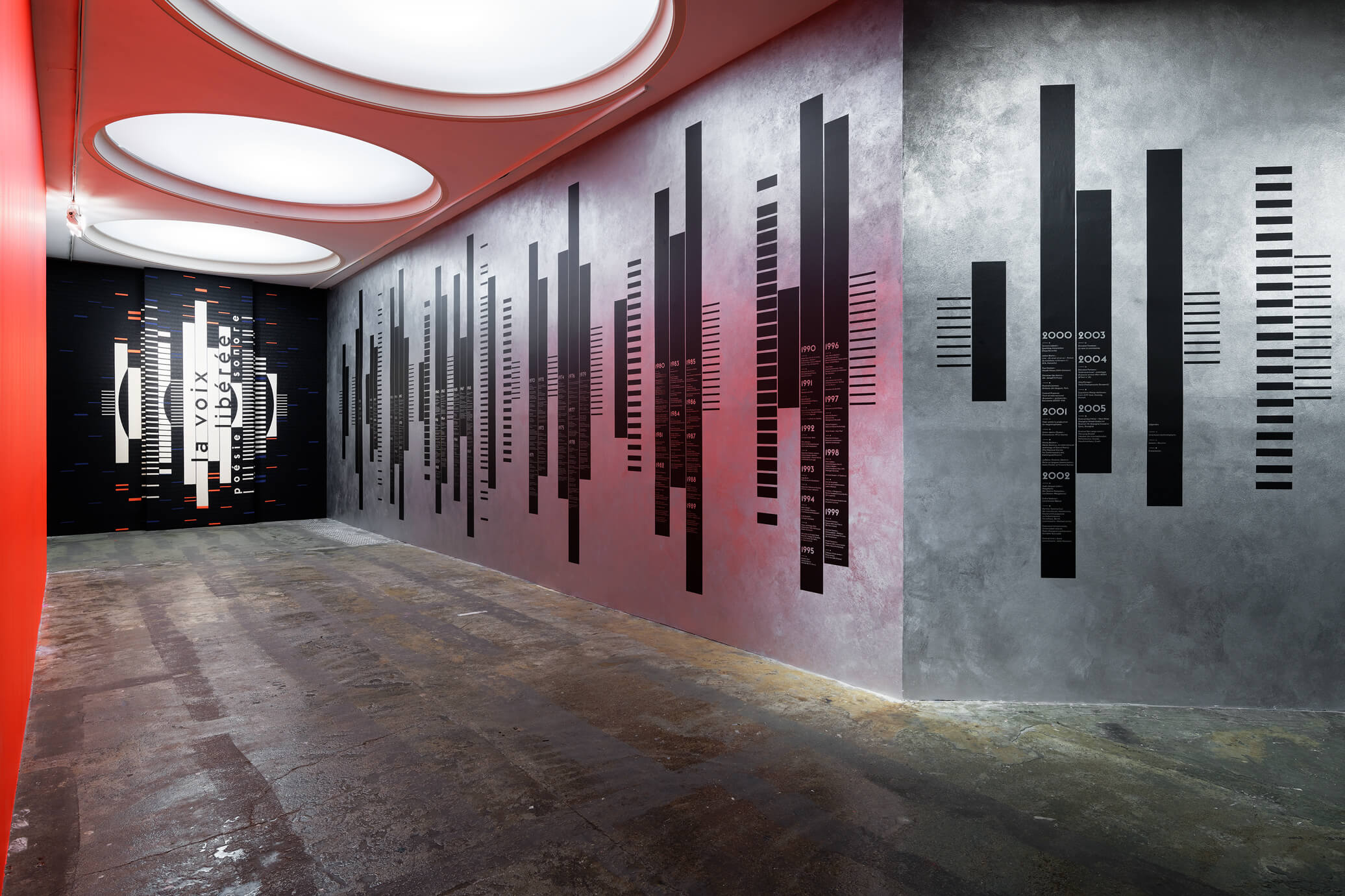 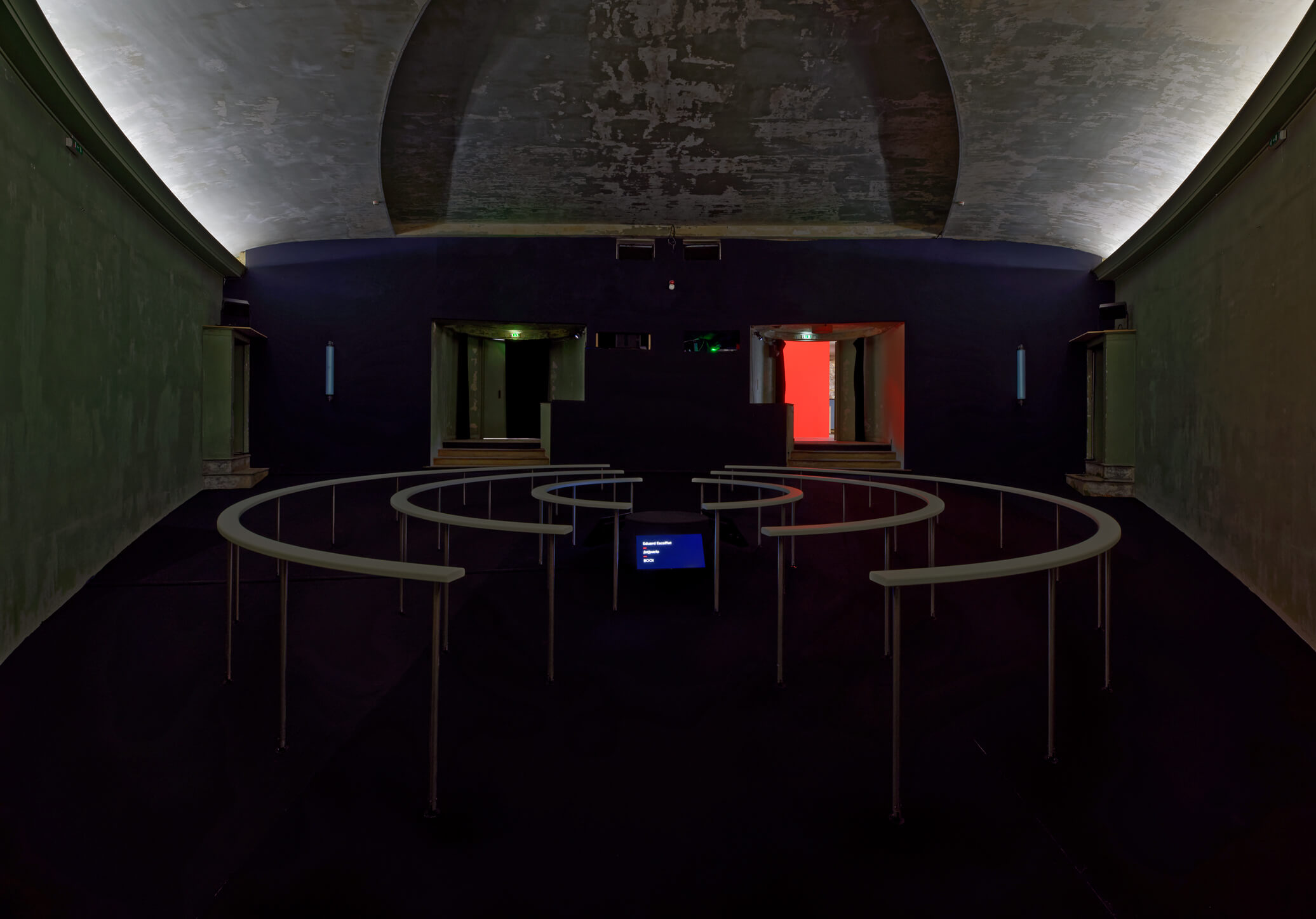 In the 20th century, phonetic and then sound poetry always stood as an act of emancipation. Sometimes ready to abandon semantics, the avant-garde turned it into a spearhead of a struggle against systems, beliefs and dogmas. What is now left of their heroic combats? Myths and legends. But times have changed. Combats too. Utopias no longer have the same look.

New technologies have now invaded the space of language, for the better or the worst. For the worst, by imposing a digital rationalisation of words and sounds. For the best, by providing language with an infinity of sources and tools. Since the 1950s, technological progress has allowed phonetic poetry to become sound poetry.

The exhibition The Liberated Voice – Sound Poetry curated by Eric Mangion and Patrizio Peterlini in co-production with Bonotto Fondation offers, without any nostalgia, a journey with from voices of the past to the present. It plunges us directly and deeply into these artists who still use words and sounds as an exercise in freedom. Poetry continues to place mankind at the heart of life and art. How to remain human when the world is becoming increasingly multiple? How to affirm your singularity?

As the result of research lasting over a year, the exhibition has been conceived as a nonexhaustive journey through sound poetry, from the end of the Second World War until contemporary developments. Intentionally trans-historical and international, representing over thirty countries covering all five continents, this project has been conceived as a place to be listened in, a transmitter creating a frequency that passes outside the walls of Palais de Tokyo thanks to an application providing an open, free-of-charge download of the exhibition’s sound programme, as well as a multitude of sites, radio stations or reviews which will extend this experience of sound poetry during the entire spring of 2019.»

An APP catalogue containing all of the audio content in the exhibition will be specially produced.
The public will be able to download it on site then take it away freely (versions for IOS and Android) before it becomes available on Play Store and Apple Store outside the Palais de Tokyo.
A project promoted and supported by: Fondazione Bonotto (Molvena, Italy) and Palais de Tokyo (Paris, France)