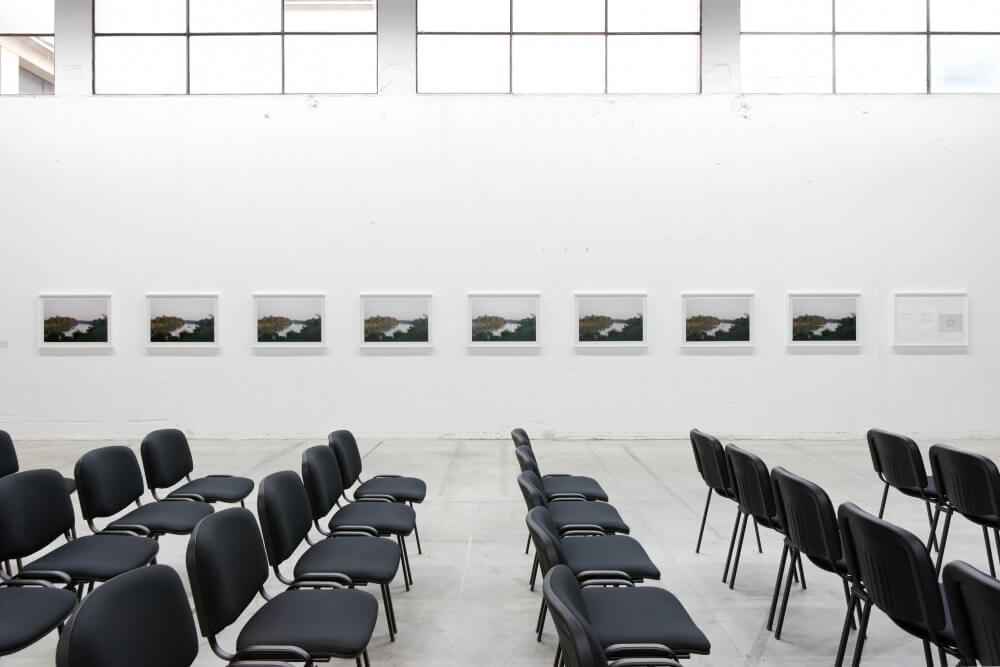 Fernando Ortega’s first one-man exhibition in France, produced by Sam Art Projects. For lovers of the haphazard, the unpredictable and the fortuitous.

The Palais de Tokyo welcomes Fernando Ortega, a Mexican artist born in 1971and the winner of the SAM Art Projects (Paris) residency program, for his first solo exhibition in France. Regarded as one of the up-and-coming figures on the international art scene, he is developing a polymorphous way of working (in-situ interventions, ready-mades, photographs, videos…), their mise en scène often being elaborated to resonate with the exhibition space. All his work is built on the basis of chance, seemingly unimportant circumstances, ephemeral situations capable of tightening and establishing the links between the intellectual research he conducts and sensory experiences. His approach was unanimously acclaimed at the 2003 Venice Biennial when he presented “Untitled (Fly Electrocutor Device)”, which was shown again at the Palais de Tokyo in 2006. Each insect electrocuted by the device installed in the exhibition area triggered a general short-circuit that plunged the place into darkness. A seemingly commonplace situation which disrupted the atmosphere and altered viewers’ perception of the other works. The installation carried out in 2008 at the Carillo Gill Museum, which astounded those who saw it, is again clearly indicative of his methods. So that humming-birds coming to feed outside could be seen from one of the windows at the highest level of the museum, he had a huge crane moved; at the end of it a bird-feeder weighing a few grams was suspended. A huge effort in order to perceive the normally imperceptible poetry of a situation, basically to reveal the charm of the minor with the help of a major contrast.
For his exhibition at the Palais de Tokyo, Fernando Ortega offers a new reading of the building, inspired by everyday incidents, slight leaks of water trickling down from the ceilings which occurred while it was being renovated. This accidental fall of water becomes the language that allows him to disrupt the space and make the association between elements that are all linked by water.
Thus three leaks are organized in the area, one coming down from the ceiling and falling through its sunroof into an Audi where a bottle has been carefully positioned to collect the water perfectly. The effort involved in immobilizing a car in order to collect a few drops of water is absurd. Further on another leak arranged to come through the ceiling falls beside the instruments of a drum kit, leaving the idea virtual that the water could have set off the potential sound, which remains absent. The third falls on to the maquette of the Palais de Tokyo, drawing attention to the antipathetic association of leaks in an exhibition area. But this presence of water has the further function of associating all the works in the exhibition, drawing attention to the Seine that flows alongside the Palais and introducing another river which is the subject of one of the major works in this exhibition: A series of photographs shows the small boat of a ferryman on a river in Mexico, in a protected landscape.
The artist tells how the ferryman played music to them during the journey, but it was interrupted each time by the shortness of the crossing. To remedy the situation, Fernando Ortega asked Brian Eno to compose a piece of music for this purpose. It is that music that is presented as a CD at the end of this group of works, and at the very moment you are looking, it will perhaps be heard by villagers on a boat on a different continent.
By way of humor, distance, poetry, and attention paid to inconspicuous events that occur in real life, the artist transforms contingency into necessity, making randomness the raw material of new productions and exploiting the chance situations of everyday life. He captures events that escape all rules. This liking for the accidental sometimes leads him to abandon some of his authority to turn randomness into a quality of the work, or of its reception. The work by Fernando Ortega the Palais de Tokyo is happy to present here, thanks to Sam Art Project, will then by one of main guest contributions at the next Sao Paulo Biennial.
The mission of SAM Art Projects, created in April 2009 by Sandra and Amaury Mulliez, is to promote, support and champion contemporary creativity in the visual arts field, through a dialogue between France and non-European countries by:
1. the award of two annual bursaries for a residency at the Villa Raffet in Paris to artists originating from non-European countries.
2. the SAM Prize for contemporary art which is awarded each year to an artist living in France who is involved in a project destined for a non-European country. Each of these three artists will have the benefit of an exhibition at a high-status location in Paris and a publication.