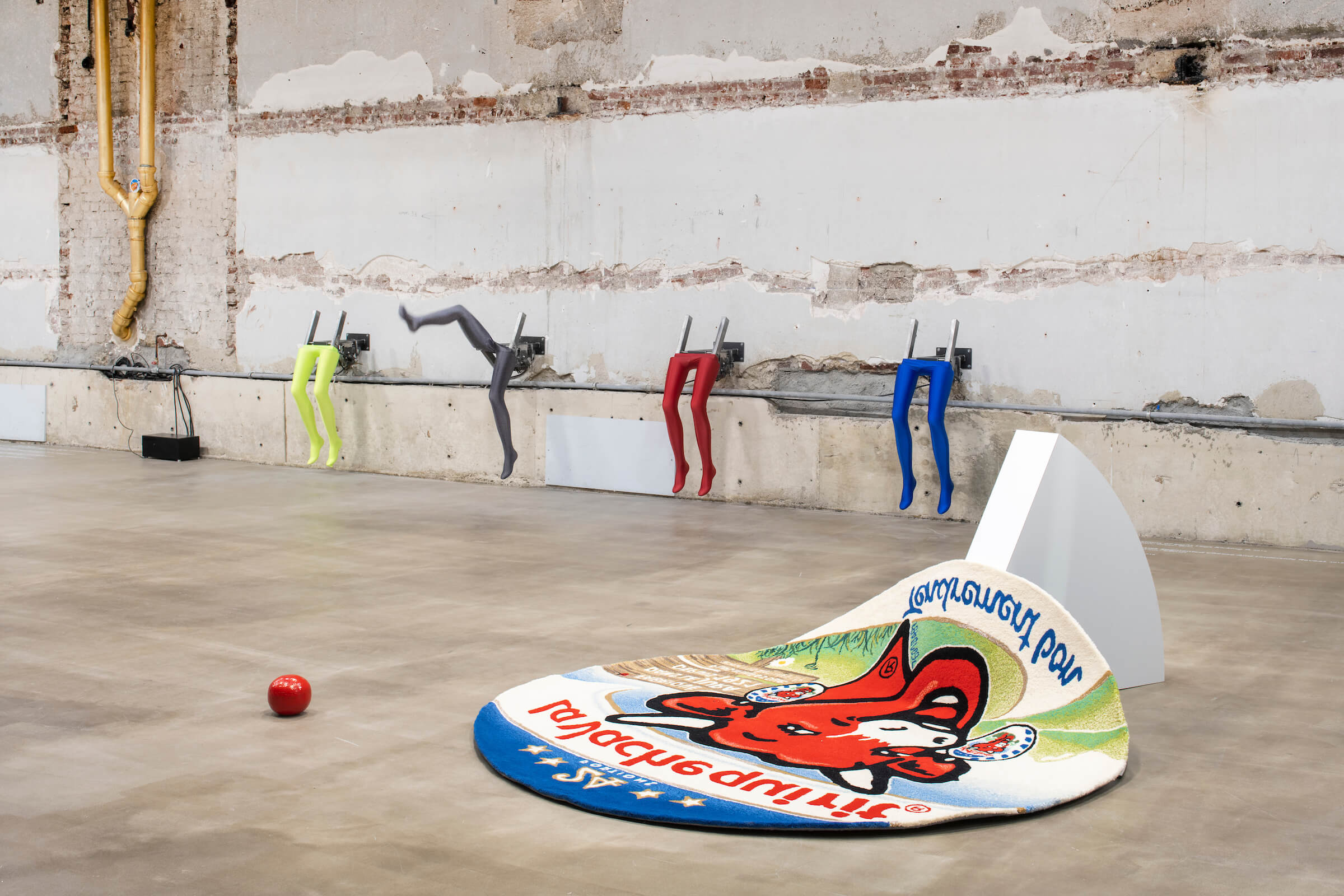 Lab’Bel was created in the spring of 2010 with the aim of supporting contemporary creation. The activities of this think-tank or laboratory, which favours innovation and a certain sense of mischievousness, are divided between the creation of a collection, and the production of exhibitions and artistic events both in France and Europe. Lab’Bel is also behind a number of publications and multiples such as The Laughing Cow® Collector’s Edition Boxes.

To date, eight artists have accepted the challenge of transforming a box of 24 portions of soft cheese into a work of art. Launched in 2014 and held every autumn, the Collector’s Edition Box project invites a renowned artist to use the box to create a work of art with a pre-defined format, the aim of which is to make art accessible to a wider public, via the distribution channels of large supermarket chains, thereby challenging received notions about contemporary art and encouraging new collectors. This year, to coincide with the one hundredth anniversary of The Laughing Cow®, the exhibition Elle rit (She’s laughing!) offers the ideal opportunity to bring together the work of these artists within the same exhibition, and to analyse, via the insights brought by their other creations, the conceptual dimensions of their different propositions.

Before being asked to participate in this project, several of these artists already had close ties with The Laughing Cow® and some had even used it in their previous artworks. Naturally, a selection of these older pieces will be on display in the exhibition. Others have deployed their creative process in an individual fashion or in the form of a commission specially conceived for the event, and will also be presented.

However, beyond the link maintained with a brand and the image of a red, laughing cow that has become iconic over time, it is the ambivalence of our positioning regarding an artwork that is really being explored here. Elle rit does not simply question our gaze in terms of the multiple or an artwork produced as part of an industrial process but highlights, often in a humorous fashion, how prisms like the presence or absence of an artist’s signature, the dimensions of the artwork, market value and presentation context are susceptible of changing aesthetic judgement.

“There has always been a certain embarrassment with the idea of associating one’s art with the commercial circuit, especially when one descends as low as the realm of the food industry! Yet, Andy Warhol has already provided us with a good lesson in the subject. Series are at the heart of the industry and it is precisely this notion that the Artistic Laboratory of the Bel Group has been developing for the past ten years. In fact, the encounter between the industry and art has been part of the brand’s DNA since its inception: Benjamin Rabier is the inventor of the emblematic graphic identity. In 2021, we are celebrating the one hundred year anniversary of the famous bovine. All are conceptual artists who rose to the challenge and considered this small cardboard box with a paper label to be a kind of portable sculpture. By bringing them together at the Palais de Tokyo, we are celebrating a century of artistic language during which artworks that are at once domesticated and worthy of a museum, have generated a tremendous shift in our view of art.

The exhibition celebrates an anniversary, but it is also very much anchored in the present moment. In 2021, at a time when travel has been rendered difficult because of the pandemic, it is interesting to imagine the millions of boxes handled along complex transport chains by countless hands that we do not see. It is these journeys that mark Karin Sander’s Mailed Paintings, a commission placed for this exhibition. White canvases were sent to various Laughing Cow production sites around the world. Contrary to the constraints that weigh on humans, these were able to cross borders to reach the Palais de Tokyo. In essence, all of these artworks come from afar. And challenge dimensions.”