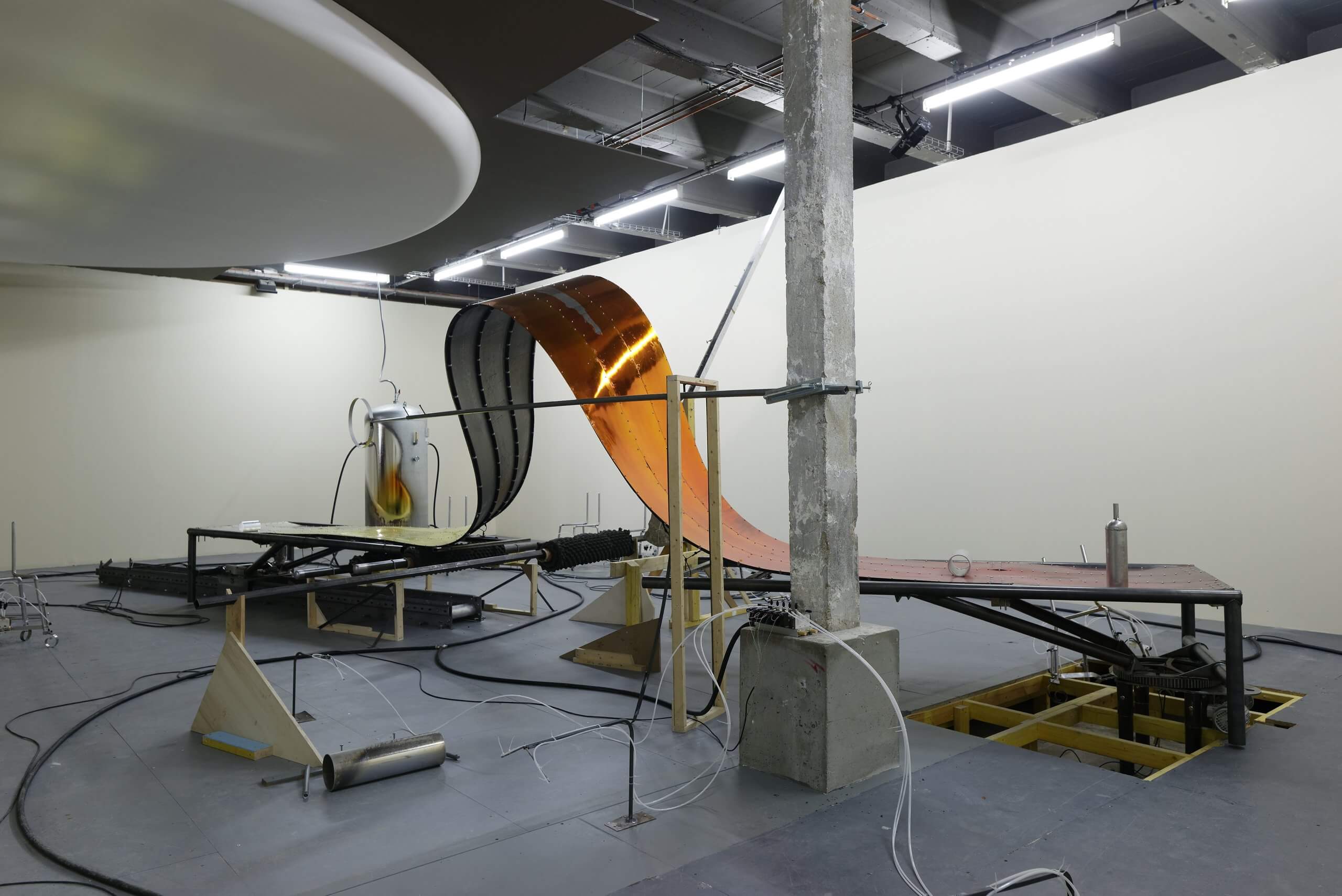 Rites and Aftermath
Palais de Tokyo is presenting the first solo show by Dorian Gaudin in an art centre. This artist, whose work has recently been shown at the off site exhibition organised by Palais de Tokyo alongside Manifesta 11, in Zürich, will produce an original installation : Rites and Aftermath.
Dorian Gaudin generally favours the play of correspondences between organic, psychical and material worlds. As an extension of his previous projects, machines and social rituals, visual illusion and physical presence, here set off a mechanism of sentiments whose cyclical temporality makes its dramaturgical acme ungraspable.
Based on the essential nature of the machine – an instrument communicating a motion – and in order to show how objects are capable of producing a narrative, Dorian Gaudin reminds us of how the fetishisms of objects and technology governs our relationship with the world.
Curator: Julien Fronsacq
A monographic book published by Palais de Tokyo is accompanying this show.
#DorianGaudin
Open every day except Tuesdays, from noon until midnight
Buy tickets

“The notion of time is present as soon as there is motion. I imagine my installations as moments. I do my utmost to provide my works with a psychological aspect. Objects reveal their temperaments thanks to them, they then work themselves into a trance. They dance for us, in a dance which is utterly their own.” Dorian Gaudin