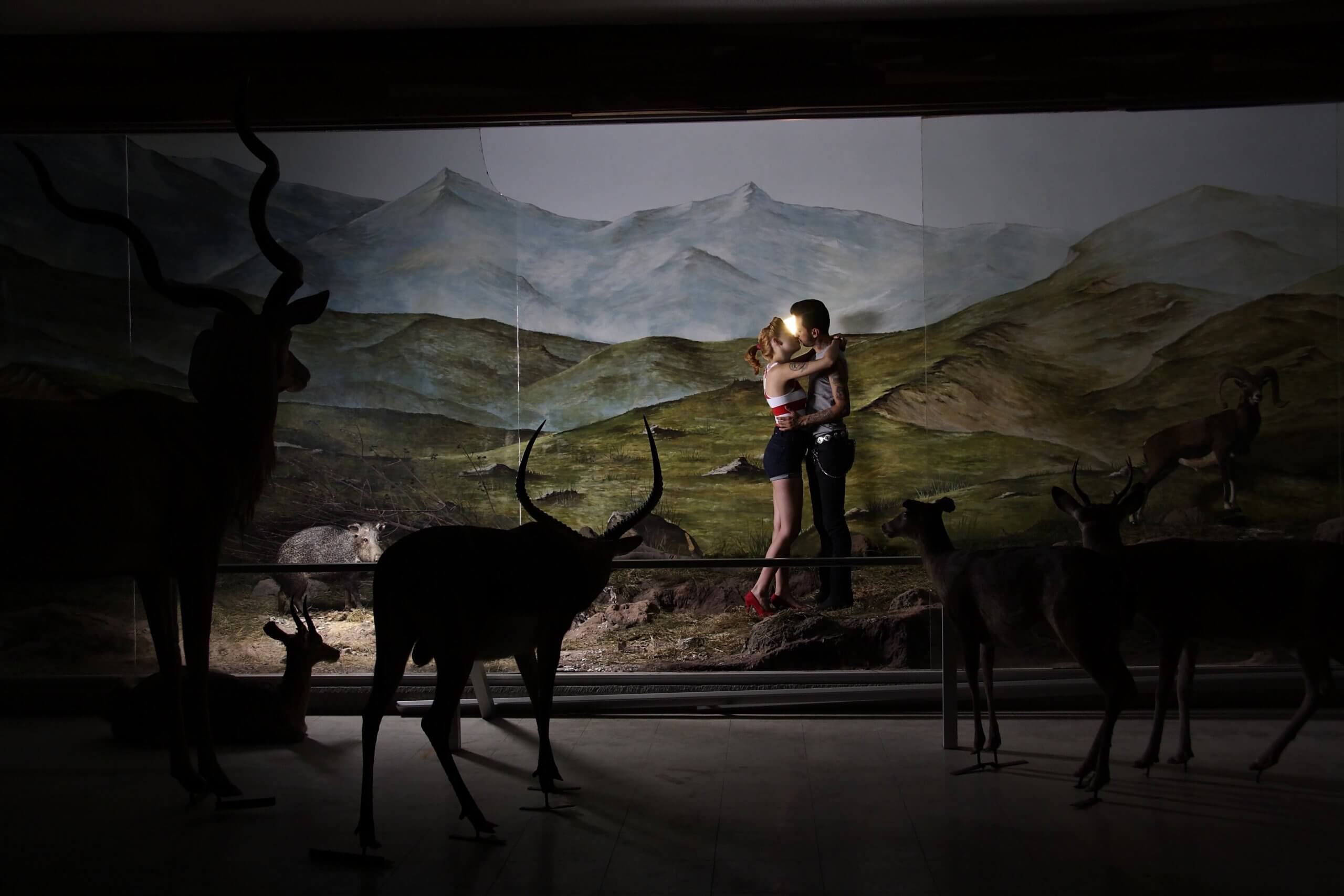 In summer 2017, Palais de Tokyo will be staging “Dioramas”, an exhibition that explores the diorama as an unexpected source of inspiration for contemporary art. At the crossroads of art, cinema and theater, this cross-disciplinary exhibition is the first large survey to recontextualize the diorama with a renewed approach to the history of spectactorship, including the influence of science and technology, popular culture, fun fairs and exhibitions.
Honoré de Balzac promoted the diorama as “the marvel of the century” (1). Following the tradition of 17th century magic lanterns, the invention of the diorama in the 19th century played a crucial role in the history of visual culture and mass spectacle.
In its early days, the diorama invented by Louis Daguerre was a large semi-transparent canvas behind which natural or artifical lights would create atmospheric effects. Performing the illusion of motion and change, the duration of the diorama anticipated the invention of cinema. However, today, the diorama is better known as an entertaining pedagogical tool in museums of natural history. Recreating a three-dimensional scene frozen in time and space, the diorama is usually enclosed in a display case, composed of a painted backdrop, props and figures. The viewer is invited to believe in the authenticity of the artificial scenery as an early form of virtual reality. Although the etymology of diorama means “to see through”, the device also stands as a screen onto which a world of fantasy and fiction merges with the display of knowledge and science.

Following the exhibition Le Bord des Mondes (“At the Edge of the Worlds”, 2015), Palais de Tokyo continues its exploration of art through various fields of knowledge and cross-disciplinary forms and practices. In the same way, Dioramas goes beyond the historical narrative of the diorama and its influence on major artists of the 20th and 21st centuries. Inviting the audience to step into the hidden mechanisms of a diorama, the exhibition dismantles its strategies of illusionism and allows the viewer to build a critical approach on the power of representation. Offering an outstanding selection of important works spanning several centuries, the exhibition also points at timely issues such as ecological awareness and the visual legacy of colonialism.

This exhibition is organised in partnership with the Schirn Kunsthalle Frankfurt.

An exhibition catalogue in French is published by Flammarion in partnership with Palais de Tokyo.

Open every day except Tuesdays, from noon until midnight.
Buy tickets

This exhibition benefits from the support of: