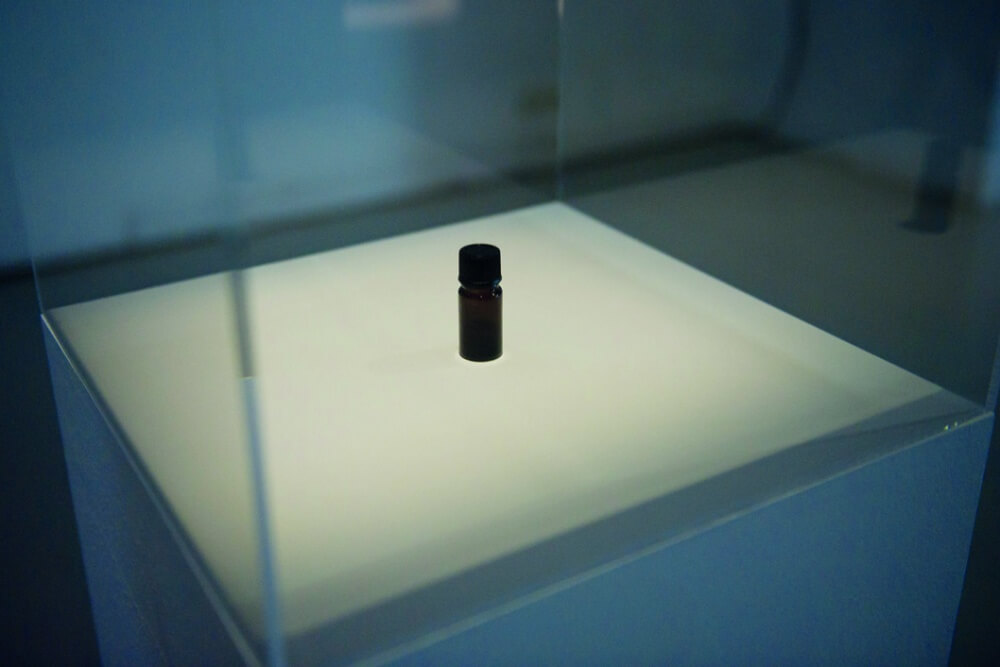 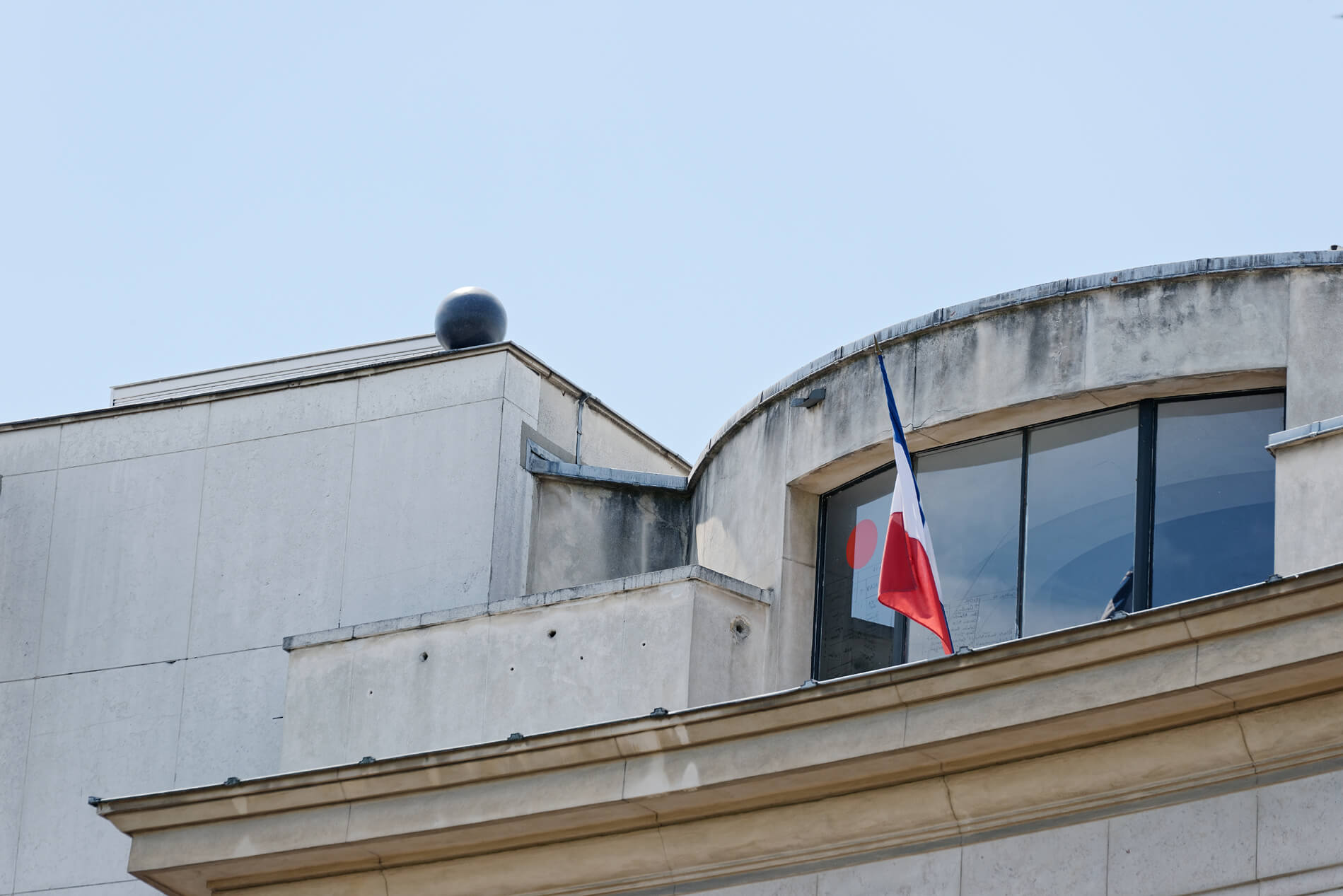 Sueur d’étoile (‘Star Sweat’)
For Sueur d’étoile, Marie-Agnès Gillot, the star ballerina at the Opéra de Paris, gathered her sweat after she had danced Ravel’s Bolero. Laden with the star’s perfect gestures, her fears and joys, as well as Ravel’s genius, this liquid has been stored in the dark heart of a black stone sphere, which has been fixed onto the roof, and is visible from the forecourt of Palais de Tokyo.
By manipulating the sensitive zones of our space-time, Charbel-joseph H. Boutros directs a poetically-nuanced stare at the interstices of our everyday life and environment. Using delicate gestures, the artist models fragile, occasionally imperceptible existences.

“This piece forms a continuity with a project I am conducting, which involves charging abstraction with different layers of (hi)stories, wavering between the intimate, the geographic and the universal…” Charbel-joseph H. Boutros “After this ephemeral moment, which is lost forever, only my sweat remains alive in a constant state of flux.” Marie-Agnès Gillot

The work by Charbel-joseph H. Boutros and Marie-Agnès benefits from the support of France-Lanord & Bichaton. 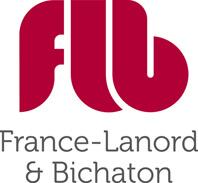