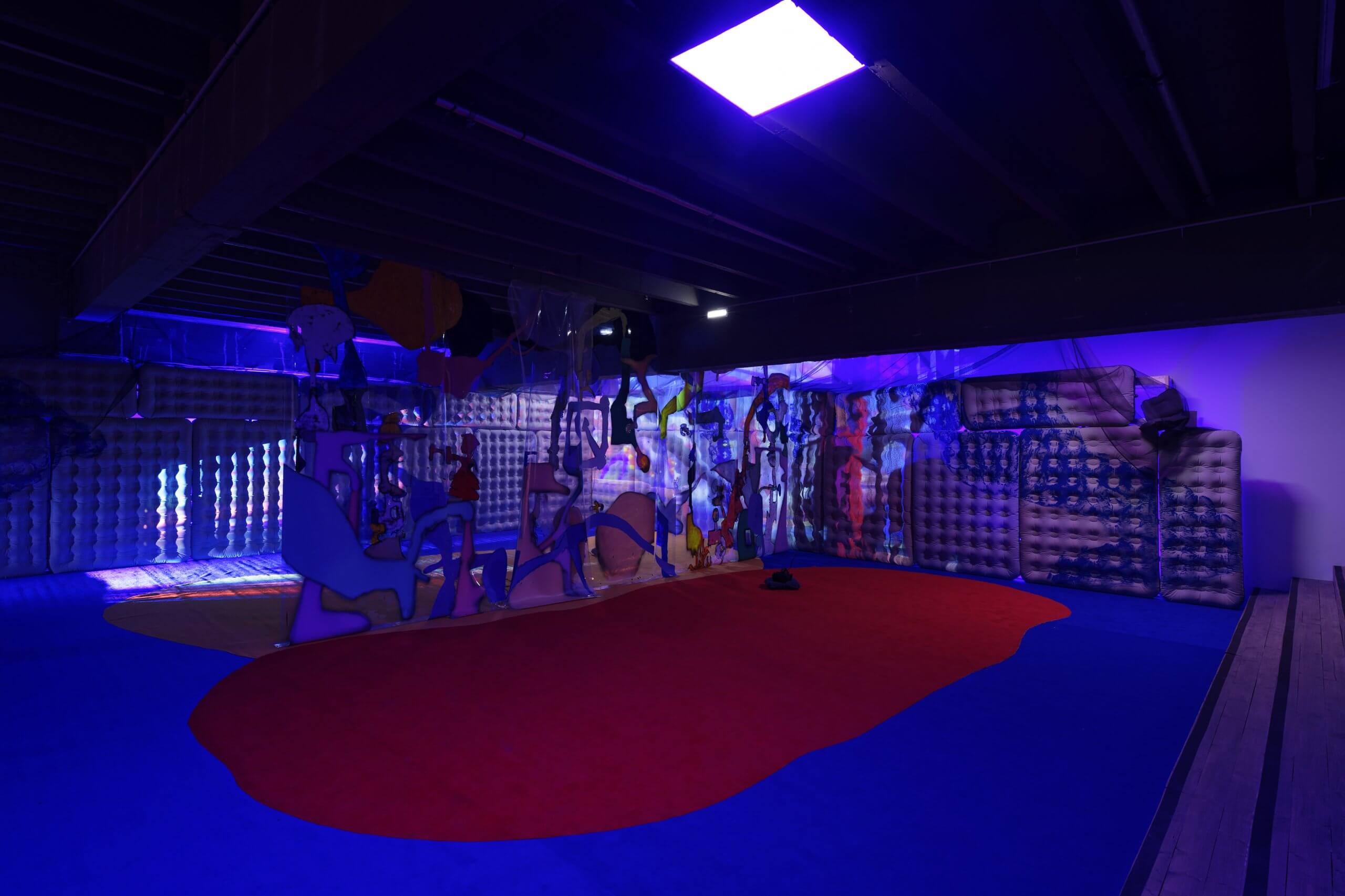 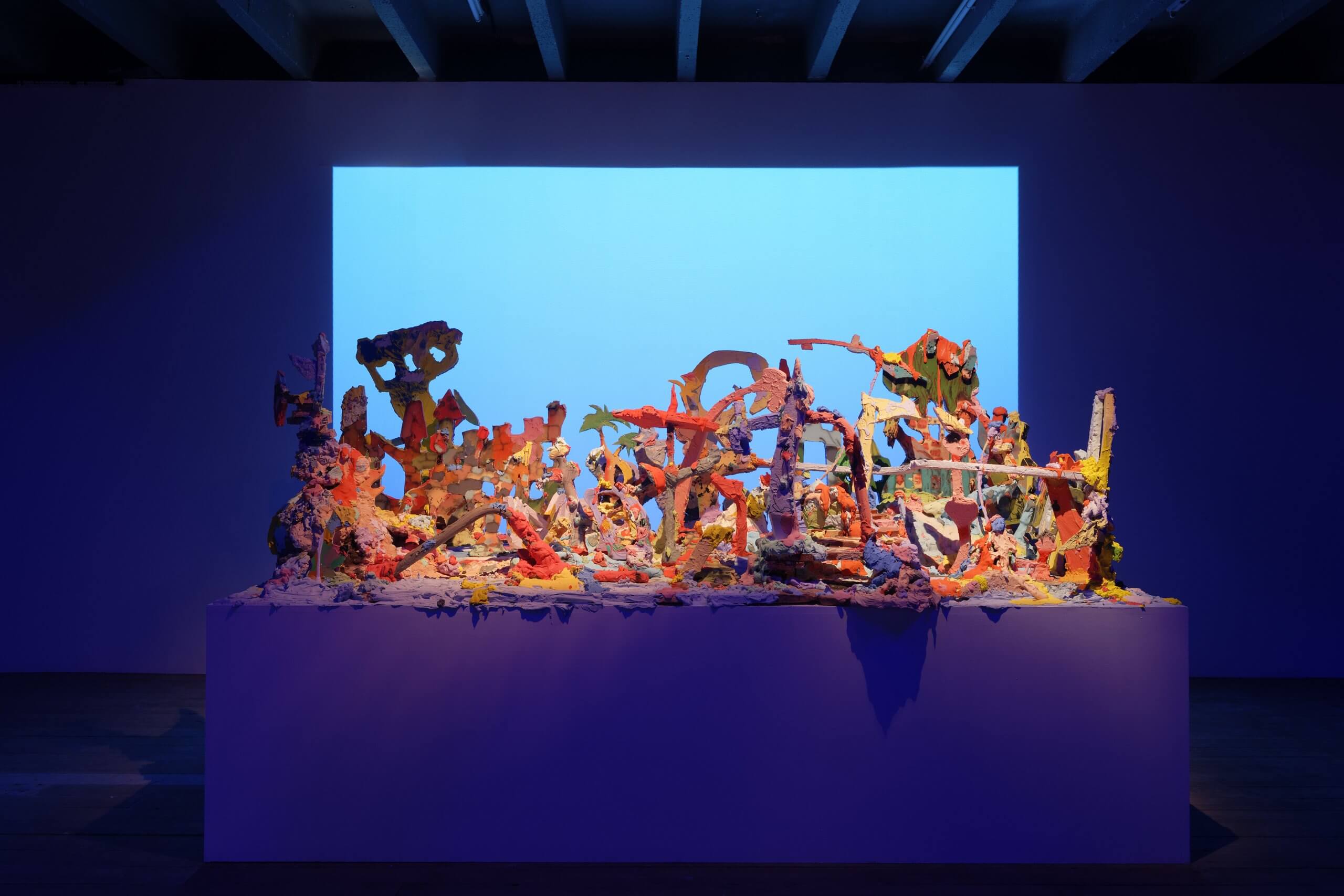 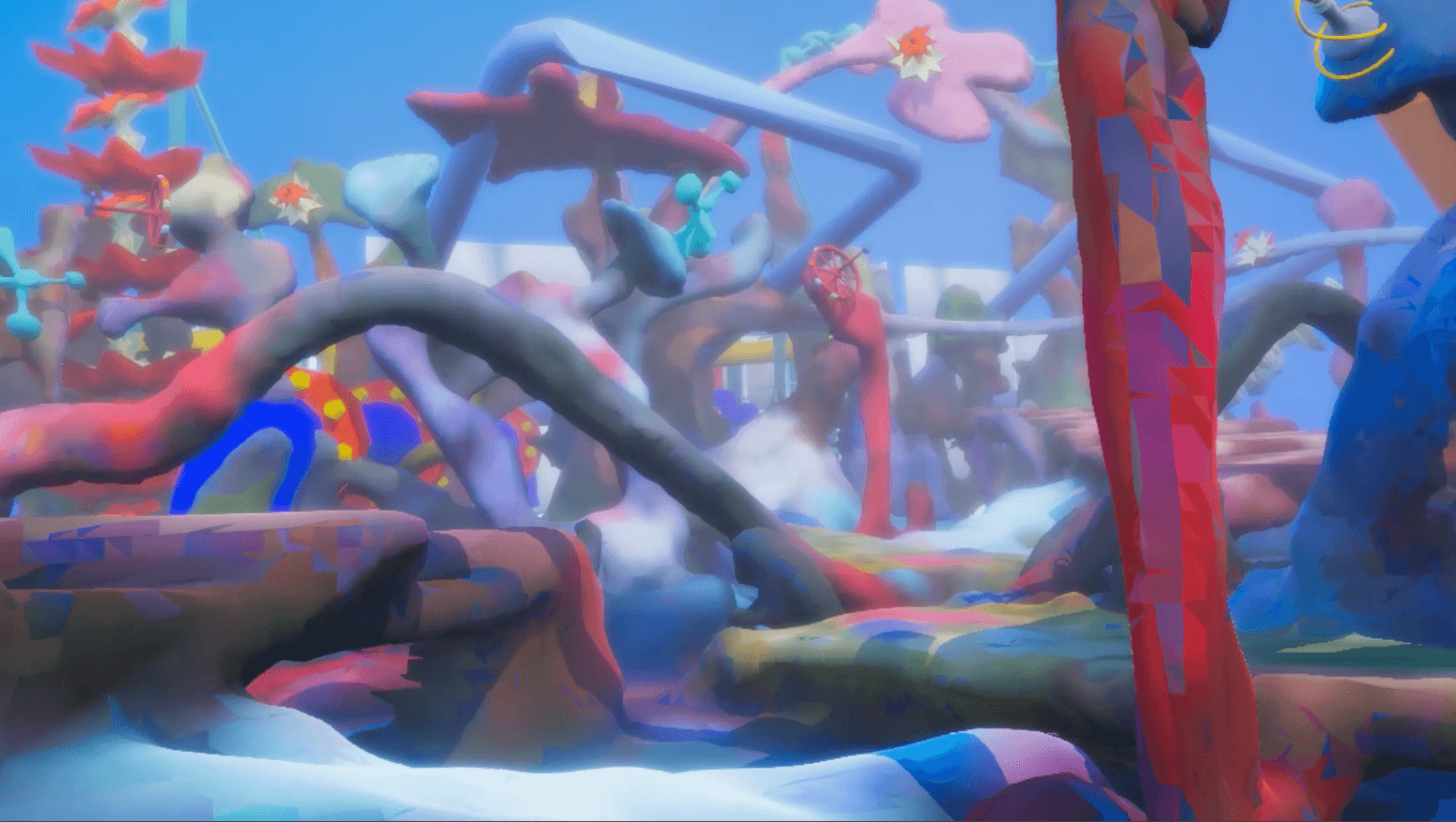 Gigamaku is a physical and mental exploration of a landscape with high-vitamin psychedelics. It follows the cycle of a day, from sunrise to the arrival of the night. This discovery occurs gradually, with the body being plunged into a gigantic world where can be found objects like hidden treasures, or else falling from the sky. So many bolts, hookahs and apples which have been drawn and animated by the artist, with the intention of both appropriating and misappropriating the techniques of virtual reality.

Initially sculpted in plaster and modelling clay, in the manner of Richard Corben, that icon of underground animations, Antwan Horfee’s work has been modelled in 3D thanks to alternative scan methods, and then its tones have been reworked like a shifting mirage. Intentionally cheap-looking, with apparent defects, Antwan Horfee’s virtual world is set in the heritage of science-fiction films evoking forbidden, secret or defective technological experiments: Demolition Man (in which virtual reality is used in the service of sexuality), Strange Days (in which the virtual makes for murder) or else The Purple Rose of Cairo (which examines the passage between the virtual and the real). What interests Antwan Horfee is this mutation of forms and this passage into another dimension: a strange shift of drawings and sculpture towards pixels which makes it possible to envisage painting once more as a virtual reality.

Antwan Horfee was born in 1983 à Paris, where he lives and works. He cofounded BATT, a cooperative of artists specialising in independent publishing.

“Inter-world passages are my favourite places. There can be found there an impressive and theatrical observation point which shows only the essential. Here, the public accesses to a frustrating, impalpable dimension. I used a physical plan as a sketch, like the mould of a world. This relationship between craft modelling and the hybrid experience of virtual immersion means being able to create, from a real object, the container of an invisible hyper-world.”