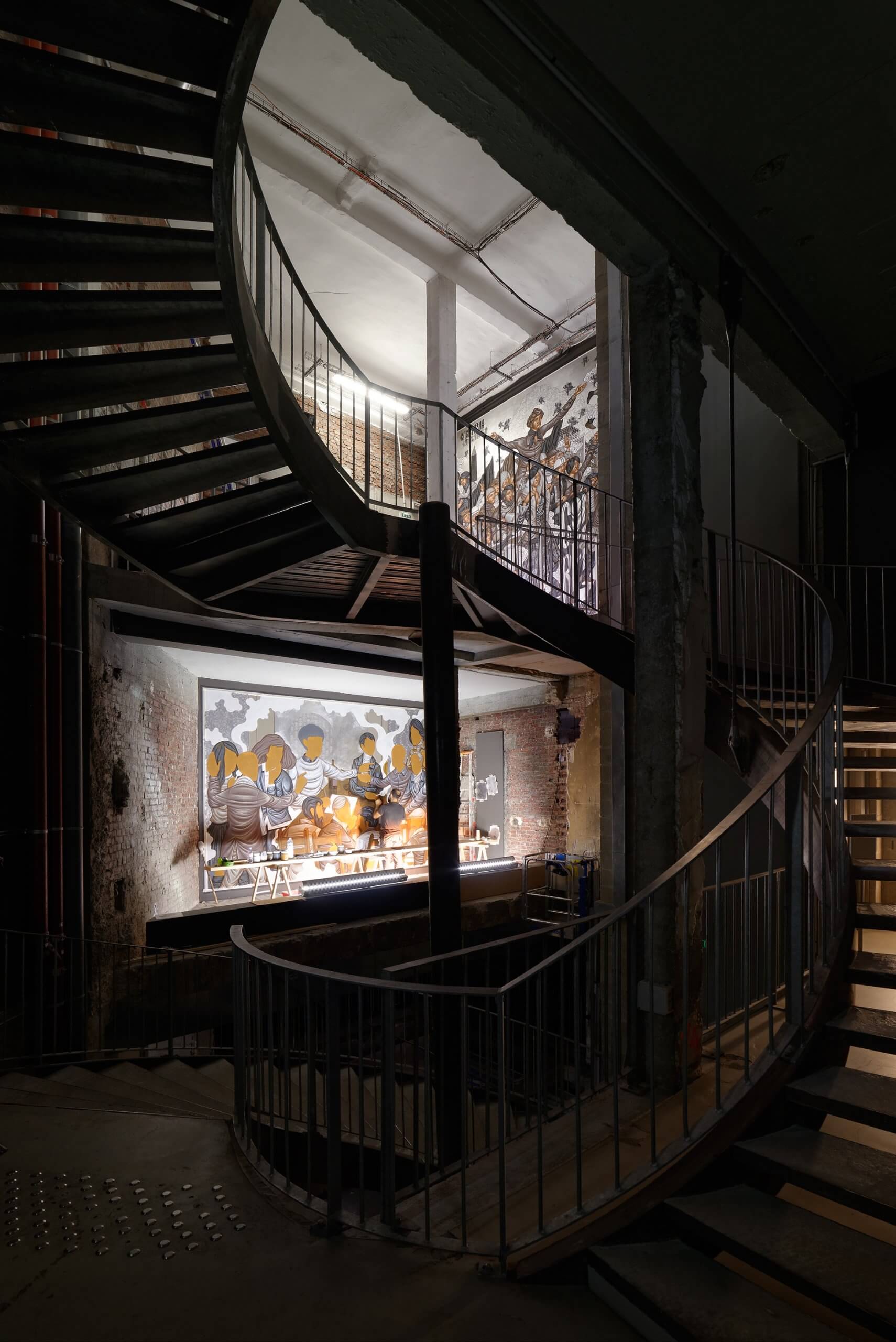 In 2012, the Palais de Tokyo initiated the LASCO PROJECT, to showcase artistic projects setting the street within artistic history in its building’s subterranean passages. Since December 2012, nearly sixty international artists have participated, from Futura 2000 to Cleon Peterson, taking in Mode 2, Boris Tellegen, Dran, Skki, Evol, Vhils, Azyle, Antwan Horfée and Ken Sortais, Lek & Sowat, O’clock or else Craig Costello. All of these secret interventions which can be inaccessible, invisible or monumental, square up to the Palais de Tokyo’s plain architecture and stand as one of the strangest urban art projects in a cultural centre. Whether as architectural ruins, inner demons, suburban violence, homelessness, social tensions, choreography of the body, or a political impulse on the walls, art imposes itself on the margins and disturbs the frontiers. It dives down into unknown dark gulches, spills out into the Palais de Tokyo’s most official spaces, and sometimes escapes onto the street. When put in relation one with the other, these interventions show that the institution is a wasteland where the imaginary can run against the current. For its sixth season, the LASCO PROJECT is inviting five French and international artists to make something new once again of the spaces in the Palais de Tokyo.

This exhibition benefit from the support of :